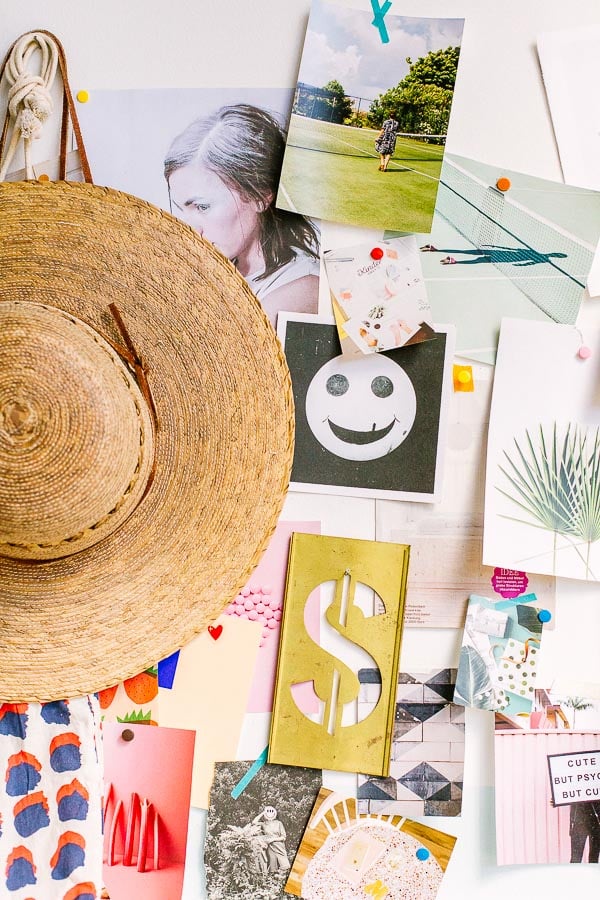 There’s been plenty going on behind the scenes lately, with shoots and apartment makeover stuff. And I’m hoping to get started on a kitchen remodel for the studio soon too (eeeeee!). So, there hasn’t been a whole lot of time for cleaning and organizing, which means this behind the scenes post has a healthy amount of obligatory messes. I’ve said it before and I’l say it again – it’s not a mess, it’s a lifestyle. 🙂

Click through for all the behind the scenes action. 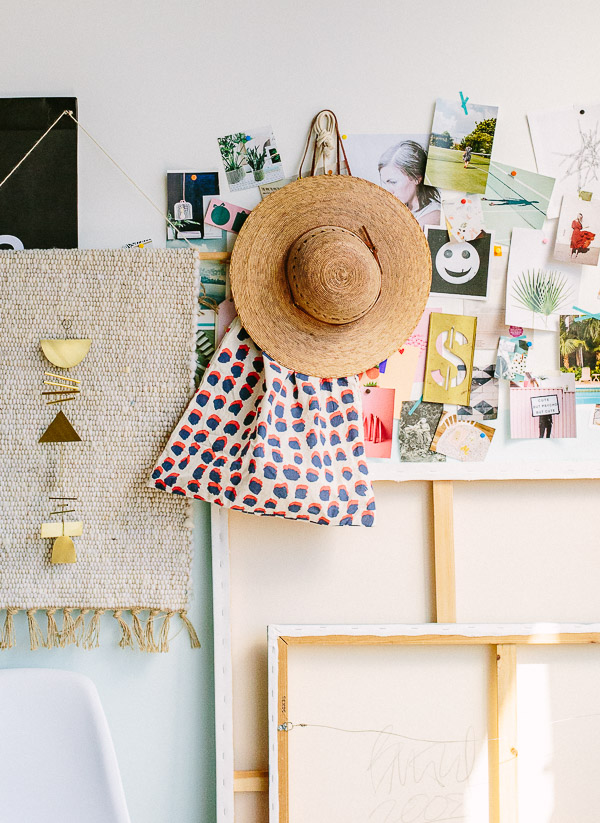 I still do monthly style guides at the studio, but haven’t been showing them on the blog lately. Thinking about bringing them back though. What do you think? Yay or nay?

Outtakes from the Chattanooga trip. Thanks Ash (Sugar & Cloth) for snapping my pic. 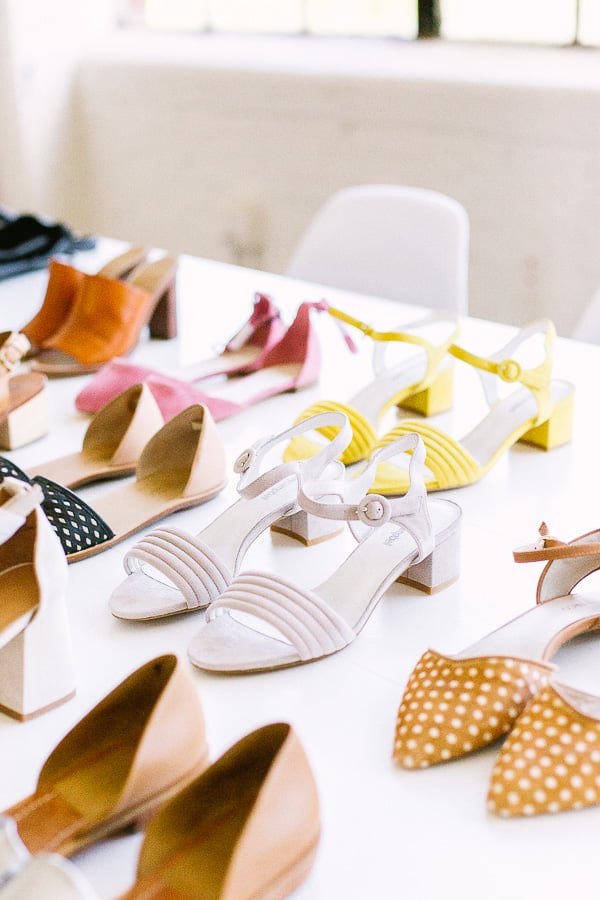 In between the DIY shoe makeover projects and a couple fashion related shoots I’ve been working on with models, I have a lot of shoes around the studio. And I like it. 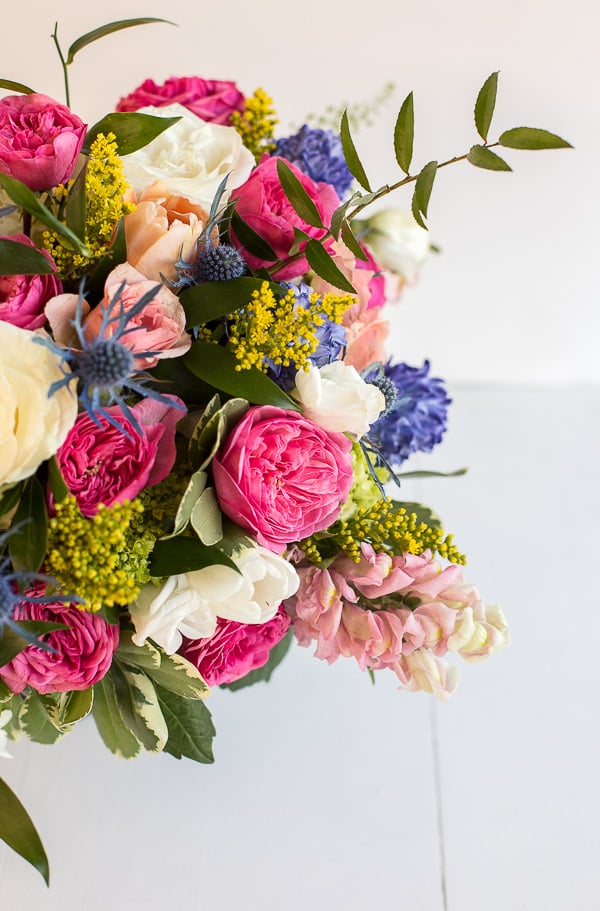 I went to a local event, hosted by EBTH, and they gave me a huge centerpiece to take home with me. The next day, I bought some garden roses and hyacinth to add to it for some photos…but I didn’t end up using them. So I might as well show it here… 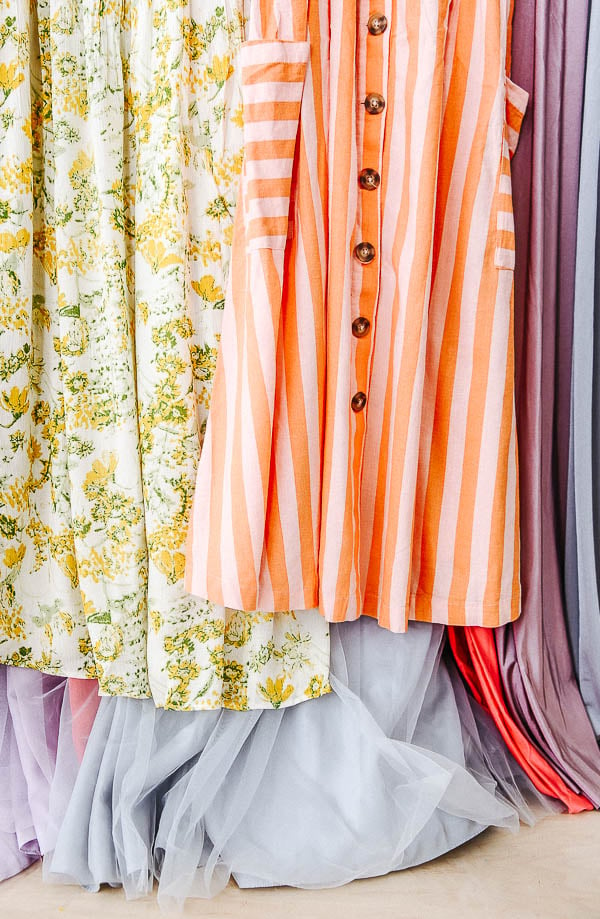 Lots of dresses around the studio lately. That striped one is my fave rn.

P.S. This has nothing to do with anything, but has anyone else been watching The Great British Baking Show on Netflix? We’ve been watching an episode every night before bed and just finished up season 1. It’s so lighthearted / drama-free… which is why I love it. What have you been up to lately? How’s your month going so far?

Share it
< previous postBefore and After: My Teeny Tiny Balcony Gets a Much-Needed Makeover
next post >Planter Banter: A DIY Metal Planter Makeover in Under an Hour

I love the dresses!! Do you have links to any of them? I really love the striped one and floral one..

SO glad to hear I’m not the only one that loves that show, Greta. It makes me happy. 🙂

I LOVE the Great British Baking Show! I write about it any chance I get haha.

Love when you show us a little peek behind the scenes, Brittni. I’ve been photographing more interiors and products lately and recently gave yoga another try. It seems like hip hop yoga is right up my alley!

Thanks Deborah. I’m a shoe addict at this point. 🙂 I need to be stopped.

Everything so lovely, and i love those extra cute shoes.

Thanks Michelle. Its always nice to have flowers around. 🙂

What a beautiful flower bouquet!
http://www.makeandmess.com/