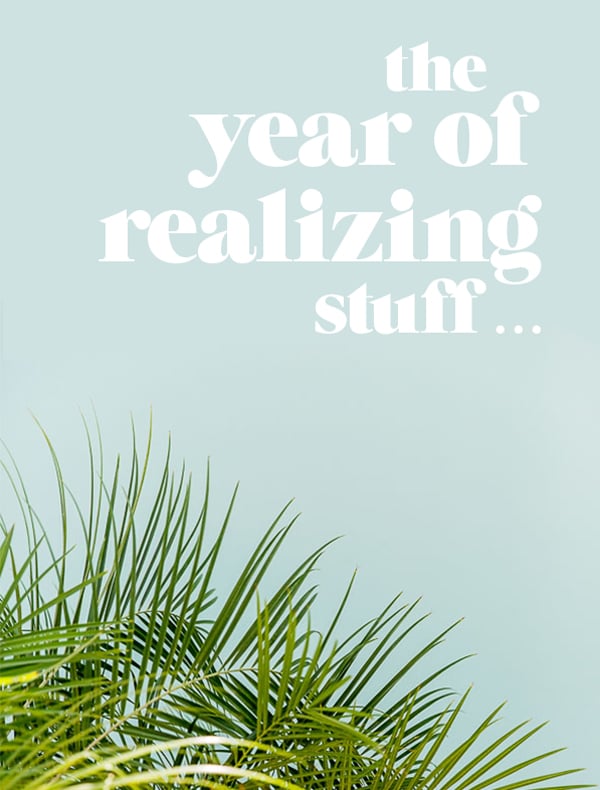 Okay, technically 2016 was the year of realizing stuff (just ask Kylie), but I’m a slow learner, so 2017 is my year for it. It’s about to get all kinds of real in here…

Sometimes I get so stuck in my piled-up list of to dos that I forget that I can change things at work that don’t feel right. One of the (many) benefits to making the rules! So, this year I’m making a change that I’m equal parts excited and proud to kick off…donating a portion of my profits from this blog to charity in 2017.

Last year, I was feeling so caught up in my own world that I started to feel a little icky towards the end because I wasn’t doing anything to give back or make a difference, and it all just started to feel a little pointless, if I’m being honest. Don’t get me wrong, I am utterly grateful to be doing what I’m doing, and with the exception of the very crazed holiday season I really enjoy doing it, but I’m not exactly saving lives over here…or planting trees…or giving back to the community with my glue gun in hand. And it really started to wear on me.

Couple that with the fact that I literally felt like I was losing my mind in November and December trying to get all of my work with sponsored content taken care of (which allows me to do what I do here – so I am of course very grateful for it – but it was still very, very stressful), AND being down a person for some of that time because my dear Amelia, who has worked with me at Paper & Stitch for over a year has moved on to bigger and better things in New York (miss you girl), and well… it was all starting to feel like a ‘what the hell am I doing with my life?!’ kind of moment.

And THAT is not something I want to feel ever again.

Anyway, all of this stuff had just started popping up in my head around the time that I went to Texas for an event and tacked on a visit to see my brother and Ashley. And on a rainy day, at a (random) bar in Austin called the…well, shoot – I can’t remember what it’s called…Ash and I talked over very cheap mimosas for more than an hour about how we both wanted to do something bigger than ourselves in the new year. So, we’re doing it! And we’re holding ourselves accountable for actually following through by sharing it today on both of our blogs. Read Ash’s story and what she’ll be doing here. 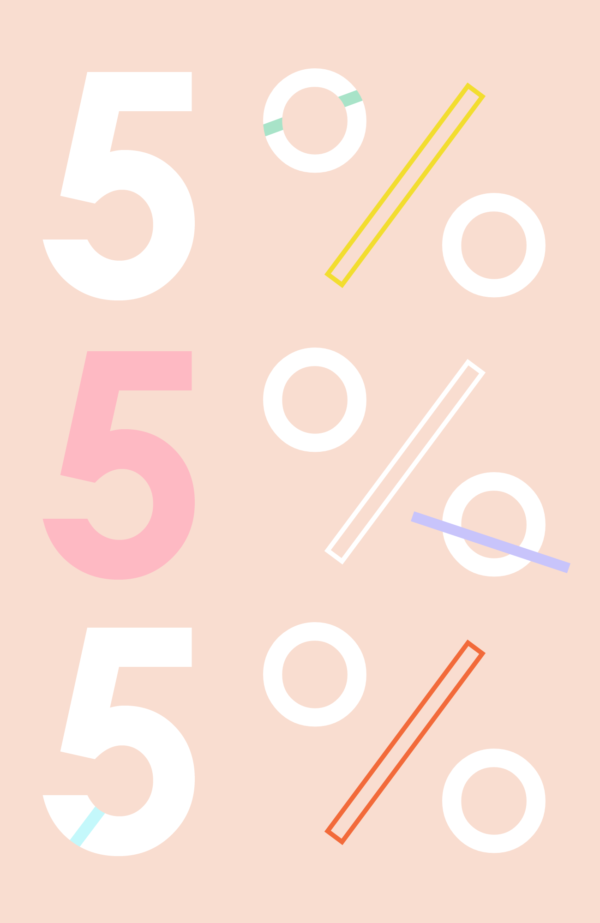 SO, in addition to (attempting) to be more cautious with what I take on in 2017, I’m also working toward something bigger than myself and donating at least 5% of  profits from the entire upcoming year to charity. It’s a small start, but it’s something. And I hope it will turn into much more. I’m also planning to donate my time, in addition to the money, because I know there’s more to it than just handing over a check at the end of the year. But that’s probably a whole other story, so I’m going to stay focused on the donation stuff today.

What charity am I donating to? Well, that’s a valid question…one that I haven’t fully answered for myself yet because I really want to make an informed decision and there are SO many worthy causes out there that could use the money.

My biggest passion personally, that I’m currently leaning towards, is for animal rescues, since all of our animals have come to us via a shelter or, in Luna’s case, actually removing her from a ‘bad’ home. I truly believe that rescues make THE best pets on the planet, quirks and all, and those shelters and rescues desperately need money to stay afloat. BUT I won’t bore you by going on and on about it because animal people can be as annoying as vegans (and I was a vegetarian for five years, so I say that lovingly vegans, I really do).

I haven’t decided one way or the other just yet though, that’s just what I’m steering towards at the moment. So, that’s where you come in…

What I would like to ask you to do is to share any worth while charities or non-profits that could use a leg up. They don’t have to be related to animals either. It can be anything that you think would be worth me looking into. Just leave the name and (of possible) a link so I can look into your suggestion further. I would love to find something that has meaning to not just me, but to you as well. So let me know!

That’s it for now. If you have any questions for me about all of this, feel free to ask. And be sure to head over to Sugar & Cloth too, to read Ashley’s story and what she’ll be doing to give back this year.

< previous postOh My, It’s Chai: A Winter White Hot Chocolate Recipe with Chai
next post >The Procrastinators Guide to 2017 Calendars and Planners + Giveaway of My Fave Calendar

Thanks so much for the suggestion, Barbara. I will definitely look into the TXHR. I love that I’m finding out about all of these amazing charities and non-profits that I had no clue about before. It’s been really eye-opening and while it is going to be an insanely hard decision choosing which organization to donate to, I’m looking forward to it.

Since you have a Texas connection, I’d like to recommend Texas Husky Rescue. TXHR originated in Dallas, has groups in San Antonio & Austin, & expects to expand to Houston this year. They have rescued feral dogs, severely injured dogs, incredibly mangy dogs, & many, many heartworm positive dogs. They also screen potential adopters carefully because huskies are labor intensive & are not an easy breed for the inexperienced. I encourage you to check them out at https://texashuskyrescue.org & consider this rescue for 2017.
Thank you for what you’re doing this year. I look forward to seeing which charity you choose & I certainly don’t envy you making that decision!

I’m so happy to hear you say that Sara. I truly hope what Ash and I are doing will inspire others as well. But either way, it feels good to know that, however small it may be, I’m starting to get my priorities straight and doing something that can help others in some small way, while still doing what I love with this blog.

Brittni – this is very inspiring and motivating for fellow bloggers. I love that you and Ashley are in this together – and hope this inspires the creative content creator community to do the same. Right on!

Thank you so much for the suggestions, McKenzie. I will be looking into both of these…and love that you included something locally in Atlanta. Def checking it out.

For Atlanta, check out City of Refuge! Just today, I drove through a neighborhood right next to the Dome, that is one of the worst zip codes in America. They’re in the community, investing in kids and churches to bring life to it.

With the refugee crisis, my heart is drawn to Preemptive Love – they’re working in battleground areas that no other non profit or government agency will go, providing supplies, medical assistance and shelter to refugees.

Thanks so much Brittany. It makes me really happy to know that many of us are feeling that we need to do more and look outside of the craziness (and silliness) of blogging sometimes to do something more. Can’t wait to see where this year takes all of us.

yes! I’m so happy for you taking this step I’ve been feeling similar feelings but it seems to be taking a zeitgeist moment. YES for this step! go you!

So, so excited to be in this together. So thankful for you, B!

Thanks so much Emma. I’ll be sure to check out Outreach International. 🙂 And I’m so happy to hear that you this strikes a cord with you too. Hoping it will become a trend in blogging and other businesses, as well!

I love Outreach International. They spend years working with community members to figure out what solutions are actually needed and will be ultimately helpful in the long run rather than imposing their own ideas. http://outreach-international.org

I love that you are doing this! I hope this can become more of a trend in blogging and all businesses!

Thanks for the link, Meredith. I will absolutely look into Ahimsa Acres Sanctuary.

This is a great idea! It’s one of my personal goals to focus on giving more this year. I am a loyal follower of Ahimsa Acres Sanctuary, a non-profit farm animal sanctuary located in New Jersey. They have opened my eyes to some of the horrific truths of factory farming, and they have some of the cutest animals! I recommend you check them out! http://www.ahimsaacressanctuary.org/

Thanks so much for the suggestions Pris. I’m going to look at all of those! It kills me that anyone could treat a helpless animal in a way that isn’t kind, but unfortunately it happens all too often. It’s really good to hear that there are many rescues in your area helping out.

wow! that´s so sweet!
I´m into animal protection too but in my community. It´s really hard see all these beautiful creatures being mistreated but there are so many places that love rescuing animals. In fact, I recently found EL CAMPITO REFUGIO (argentinian NGO), Santuario Igualdad Interespecie (chilean NGO) and Territorio de Zaguates Oficial (costa rican NGO). You will love them!

So happy to hear that Jessica. Thanks so much for your support. 🙂

I’ve seen the project on Sugar & Cloth and I loved it! I won’t write the same comment twice but all in all I think it’s a brilliant idea and I’m truly happy you’re doing it x

I am SO happy to hear that this struck a cord with you, Emily. And thank you so much for sharing a link to Wings of Hope. I’m checking it out right now. It sounds like such a great resource for women who are going through a tough time.

I left a comment over on Sugar & Cloth, too, so I won’t repeat, but this is very inspiring and relatable! I don’t get any profits from my blog (in fact, it costs me quite a bit!) but I do try and give back in other ways. There is a local charity where I live that helps women who are fighting cancer with things like grocery money, rides when needed, or just being a support group. They operate on a shoestring budget and could use any help they can get. You can see it at http://www.wingsofhope.org/