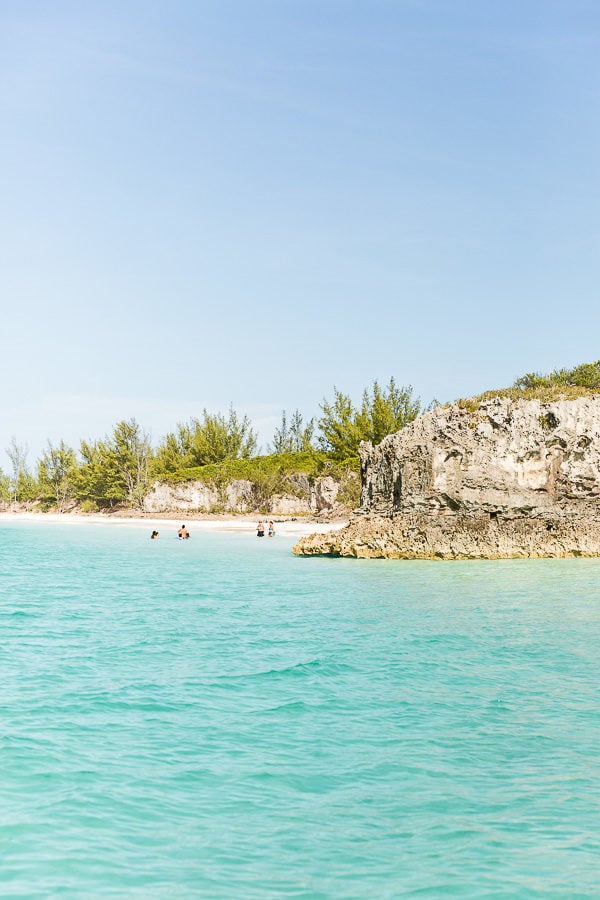 Where do I even begin for this one. I have so many photos, I don’t know what to do with them all and some memories that I will never forgot… cliff diving, swimming with pigs, etc, etc.

Last month, Jeff and I went to Harbour Island (North Eleuthera) for the first time, with our friends Ashley and Jared and Ashley’s Dad, Mike. It was our July trip for the 12 trips in 12 months series. — And now that I’ve finally gone through ALL the photos, I’m sharing the highlights. 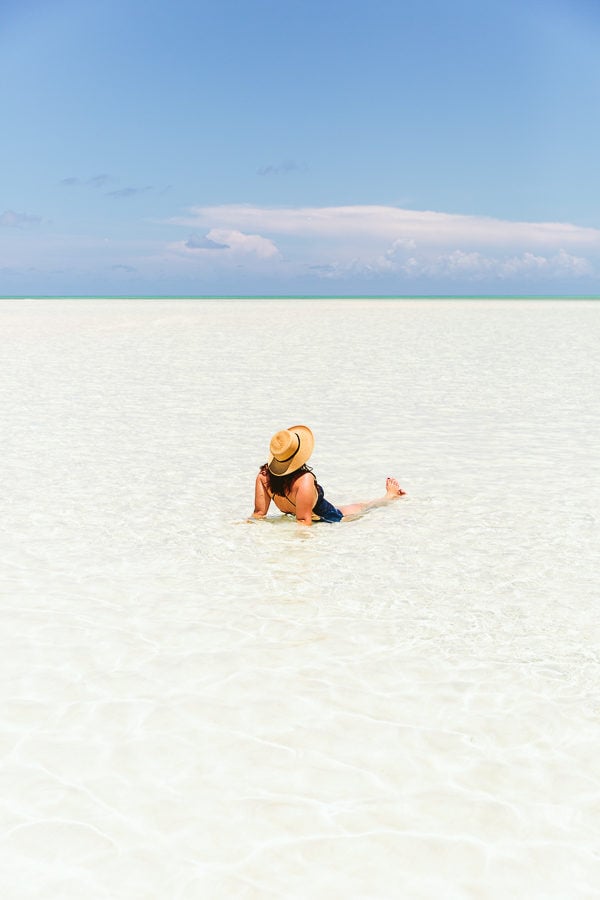 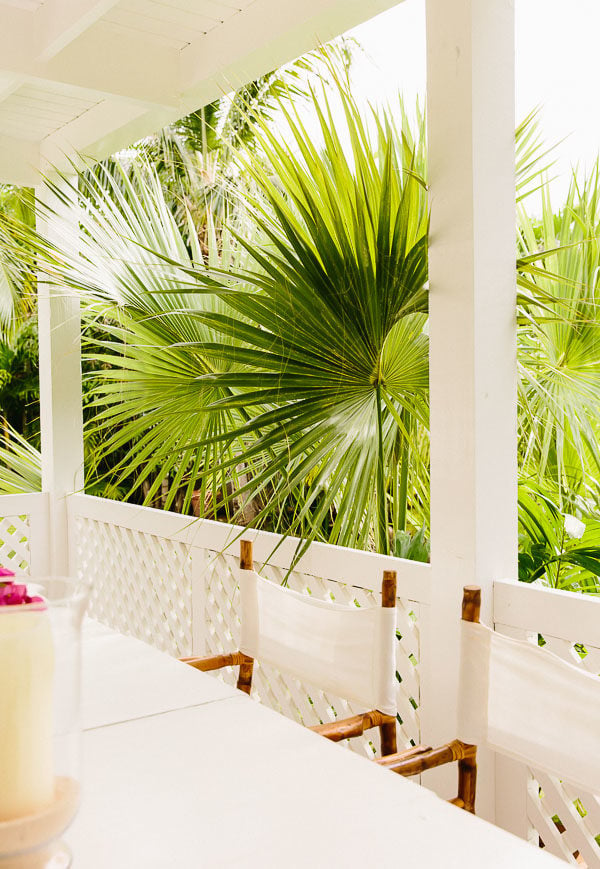 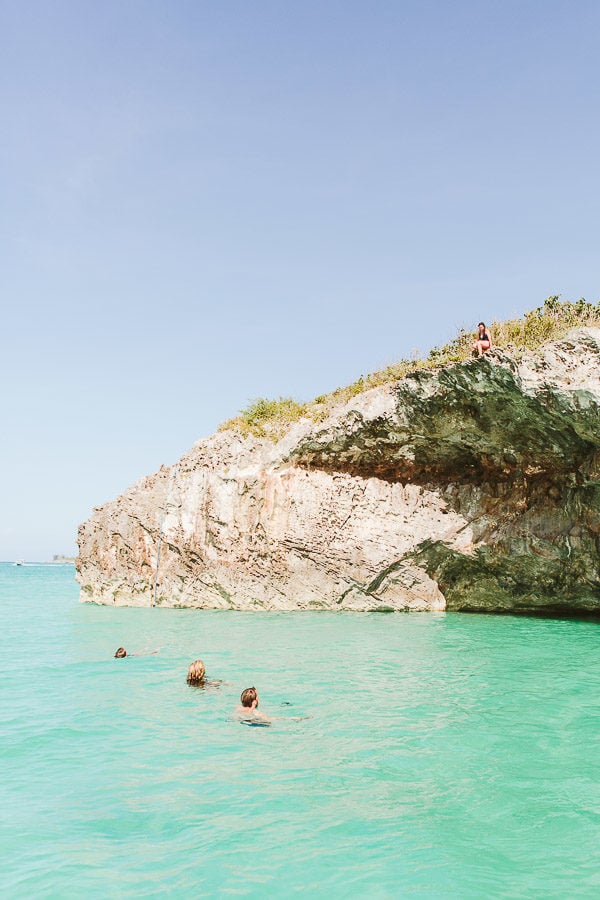 I made a pact with myself, since starting the 12 trips in 12 months challenge, — that I would be more adventurous (in life in general and while traveling) this year. Even if it scared me. And cliff diving / cliff jumping (which is it?) definitely scared me BUT I did it and it was pretty damn cool.

It took a while to convince my legs to leap over the edge (I promise you this felt A LOT higher than it looks), and I’m fairly certain I bruised my tailbone in the process, but I did it! And I was pretty proud of myself for it. Have you done things like this on trips? Felt more brave than you normally would because you’re on vacation and feeling more relaxed than usual? Curious to know!

The beach and water right around this area was really pretty too. I could have stayed here all day. It was a lot of fun. 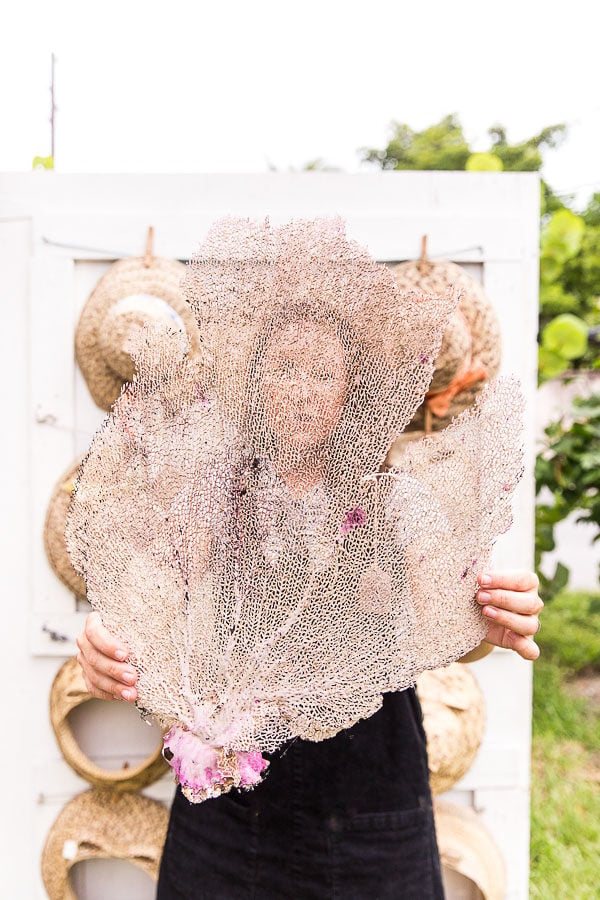 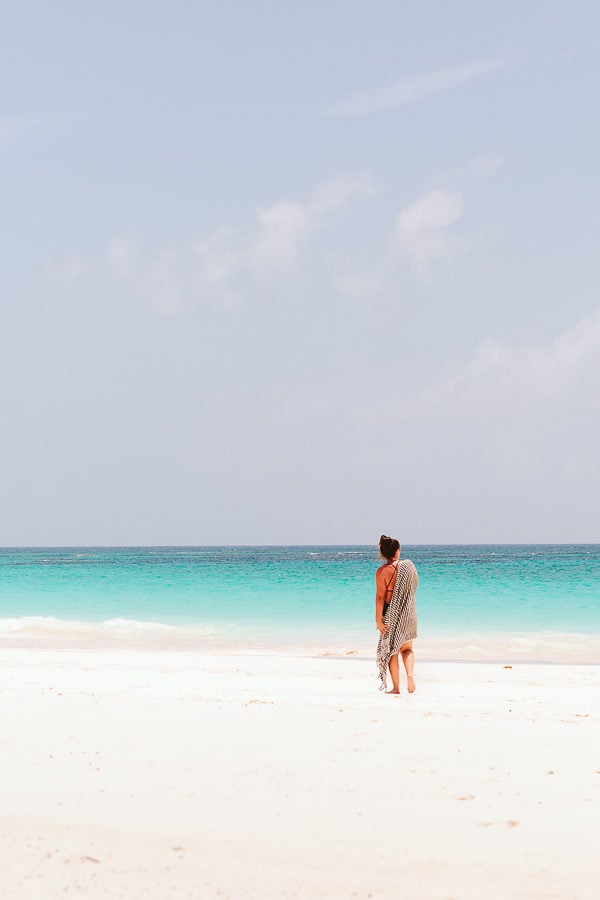 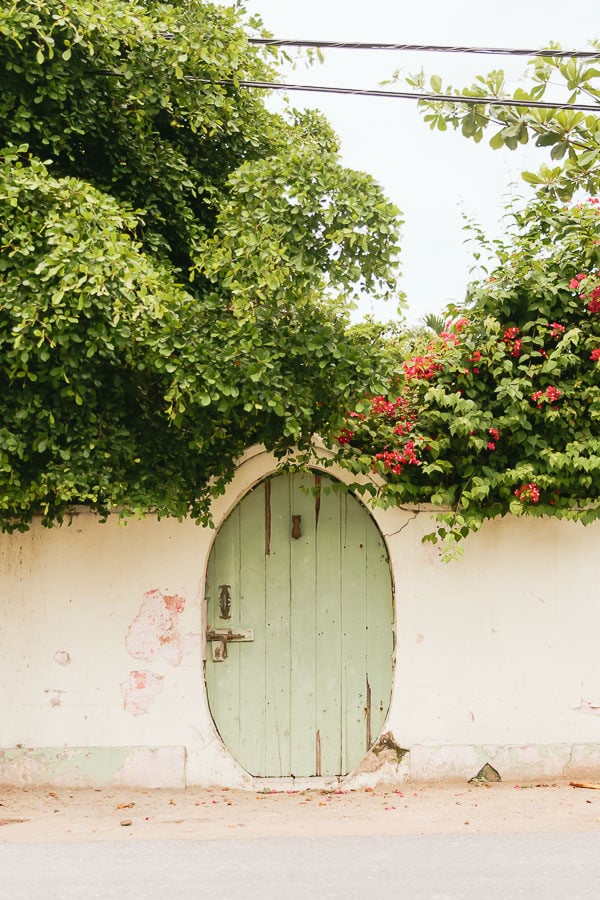 North Eleuthera is a really easy flight from pretty much anywhere in the southeast (we flew out of Orlando non-stop because it was cheaper than from ATL and there were more flight options) and then you take a (less than) 5 minute taxi ride to the water and it’s a quick 10-15 minute water taxi to Harbour Island from there. It sounds more complex than it is – the locals there are VERY used to getting people from the airport to where they want to go. And super friendly too! Some of the vacationers are not quite as friendly tbh, but the locals are really, really kind.

Soooo, once you arrive, there are a few resort options and a bunch of villas / houses for rent as well all around the island. We stayed at a pretty fancy house with it’s own private pool, thanks to A and J. It’s called King’s Treat. And then there’s The Dunmore and Coral Sand / Pink Sands, which are good options too. Ash has a big Harbour Island guide here, if you need more suggestions on where to stay, etc.

If you can rent a golf cart. That seems like the best way to get around (it’s the most common transportation on the island), but you can also walk or ride bikes since the island is pretty small. 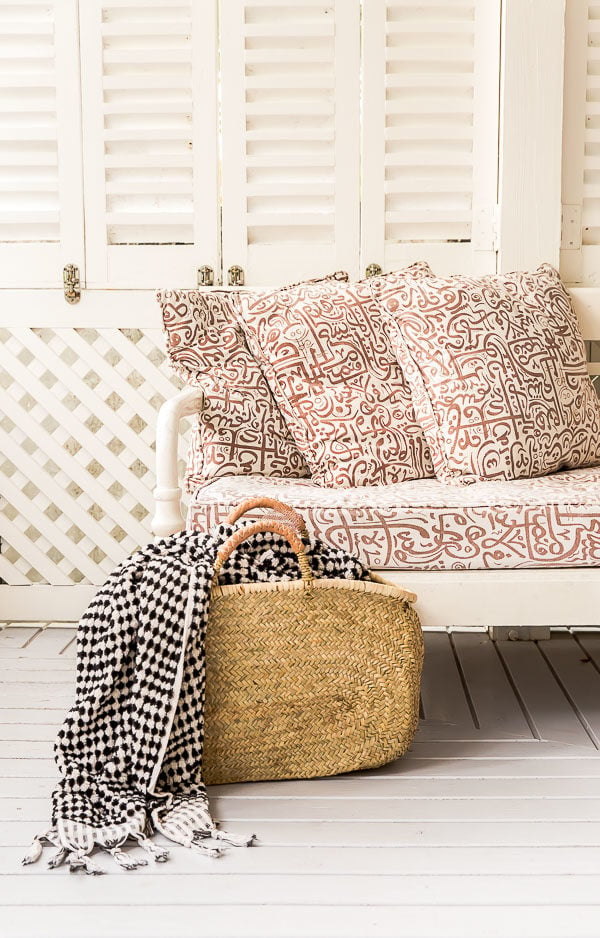 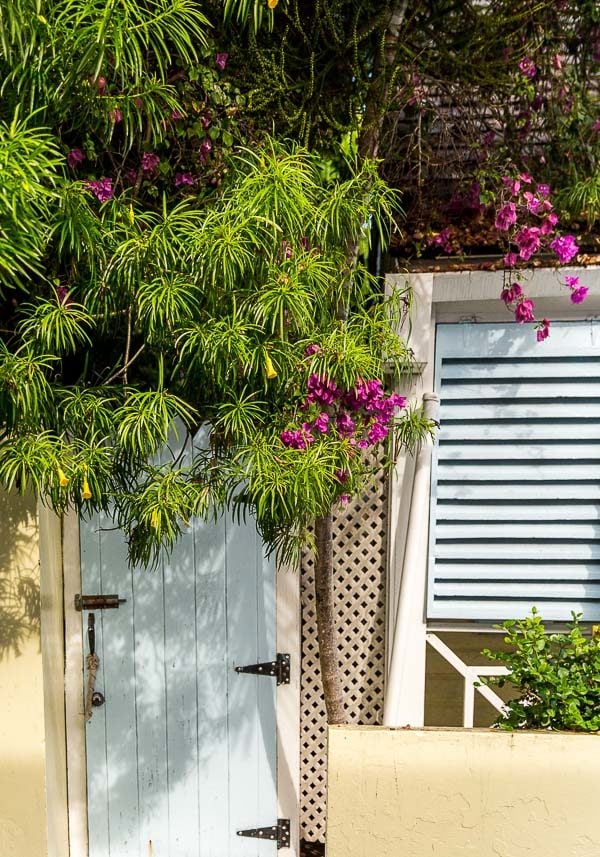 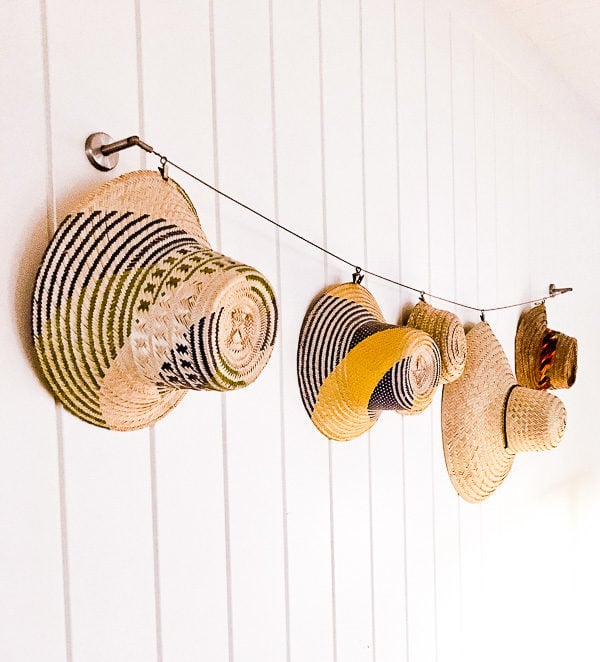 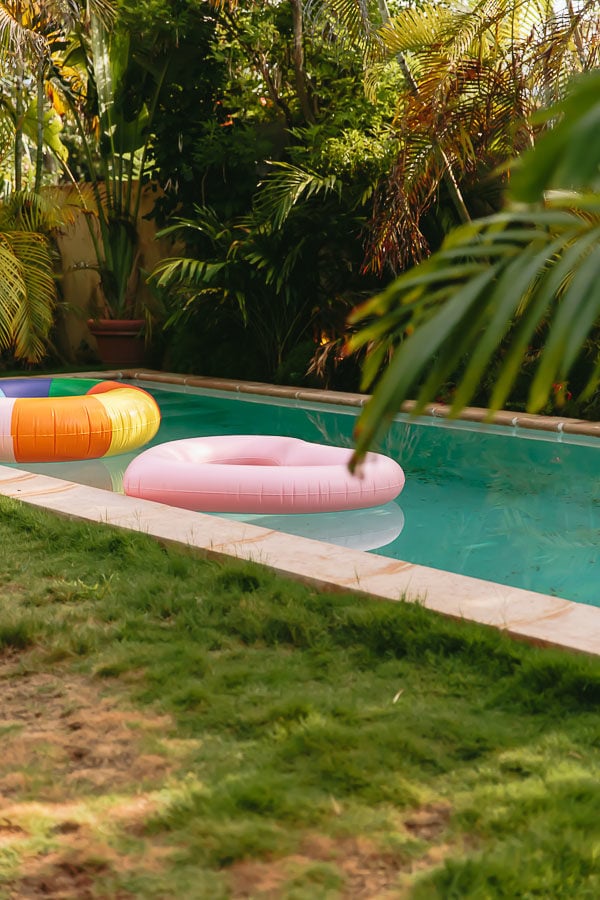 Outside of the cliff jumping thing, we also swam with pigs and did some snorkeling. It was all on the same day actually – I even got to hold a giant (very creepy looking and actually pretty strong) lobster, while we were snorkeling. Don’t worry, we let him go. And a few other sea creatures too. Really leaning into that adventurous thing on this trip, apparently.

There weren’t very many pigs that wanted to come out and swim with us…even with a couple of bags of chips ad popcorn to entice them. But we got a few to come hang out. My fave little pig is named Oreo (the black one with the little line of white). 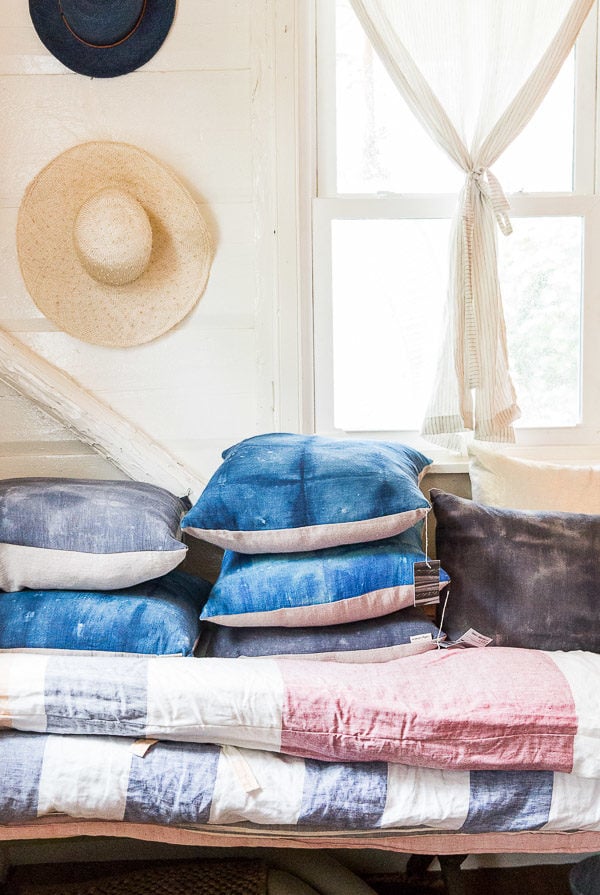 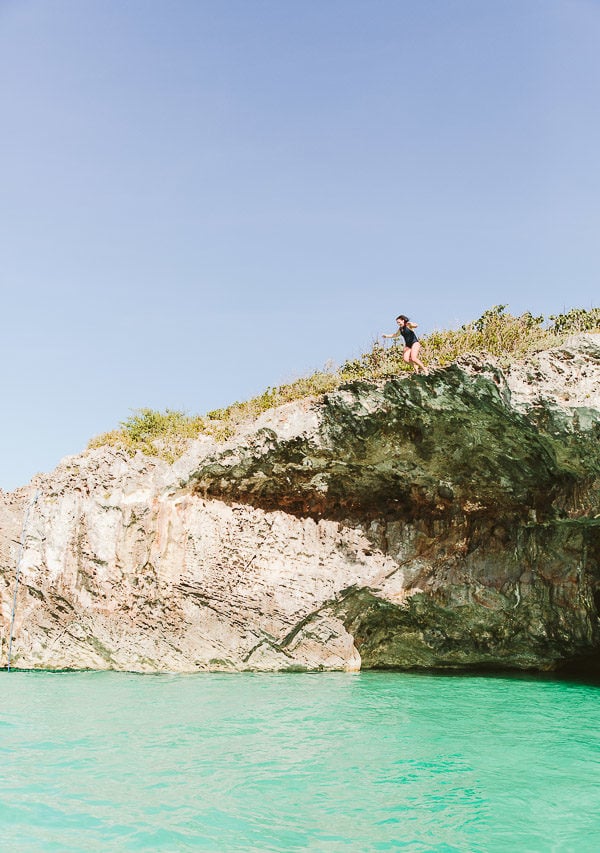 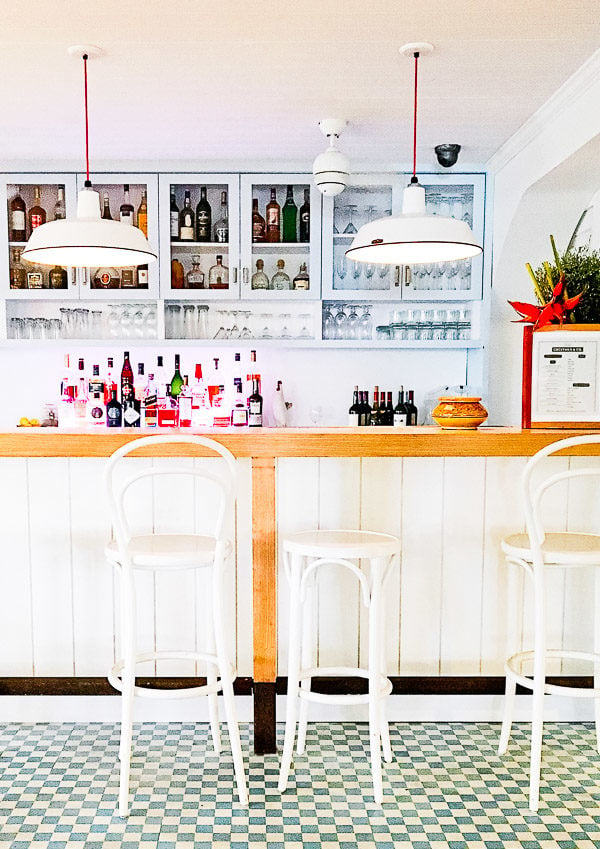 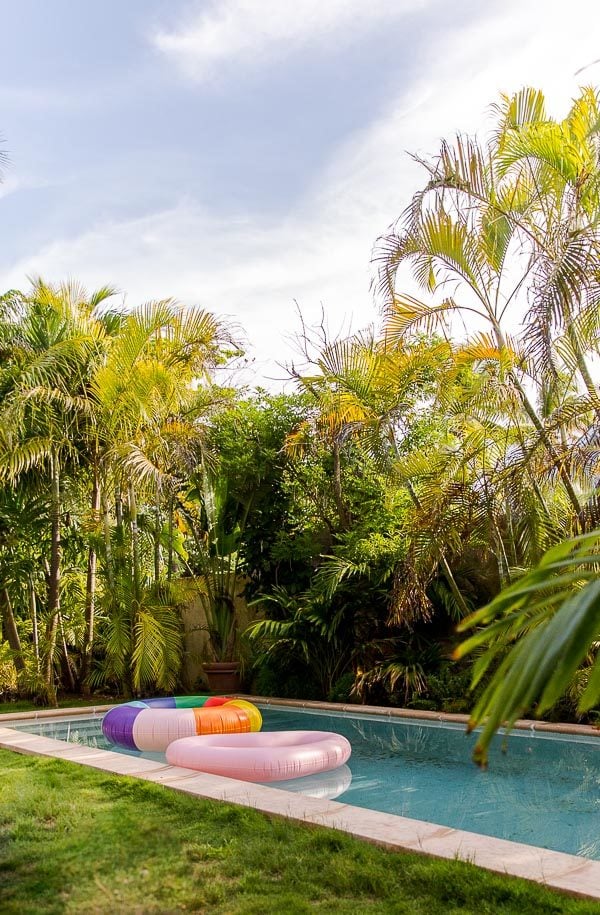 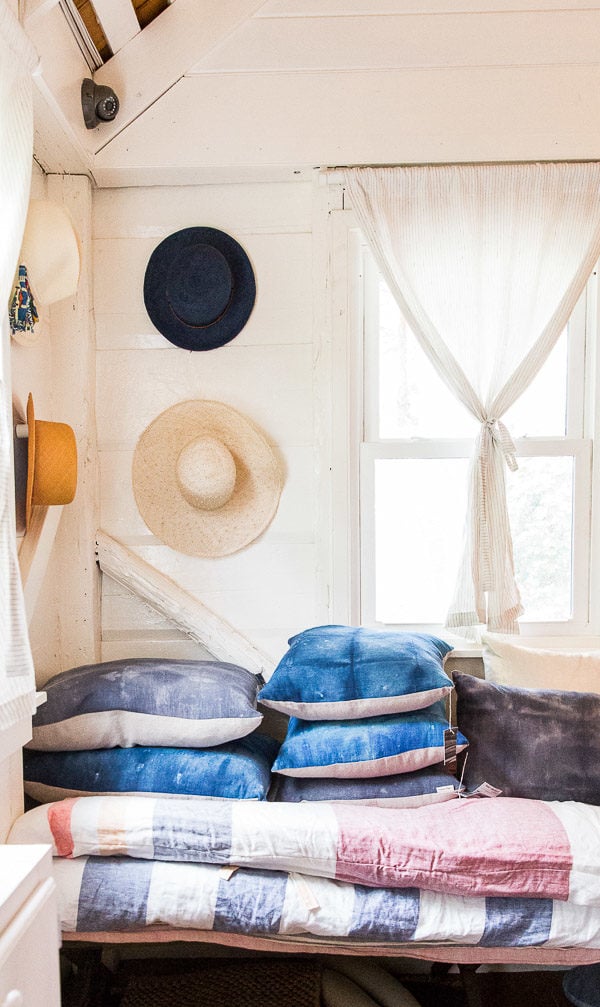 Have you ever been to North Eleuthera? What vacations (tropical or not) are you dying to go on or have planned for the future?

< previous postTotal Headcase: 9 DIY Headboard Ideas That Will Make you Forget It’s Monday
next post >How to Make Printables Using Your Phone + 3 Cool Printables You Can Download Right Now

I’m thinking of planning a trip to HI in July with my husband and young daughter, but I’m nervous about the weather there then as I hear it is their rainy season. Can you share what your experience was like weather wise?

When in July did you go? We were debating when to go in July…based on weather/heat, everything being open and not closed down yet.

[…] we were coming back from Harbour Island, Jeff and I stopped in Orlando for just over 24 hours. And I got a chance to show him around the […]

Hi Inez. I was with a group of five people, so it might be a different scenario BUT I felt very safe there. And water taxis were very easy to get…I’m not sure how easy regular taxis were to get though (on the island) because we rented a golf cart for the week. Golf carts are a pretty popular way of getting around. The island is fairly small (I think its only a few miles long?), so if you like walking, you can get around pretty easily that way too. All of the locals we encountered were very friendly and I would totally go back. That said, if you’re feeling unsure about safety in any way, especially with just the two of you, staying at a resort or hotel on the island would probably be your best option (instead of a house or airbnb scenario). Hope that helps. Wishing you the best on your trip!
-Brittni

My sister, my 26 year old niece and I would like to travel to Harbour Island in March 2018. We’re a bit leery about traveling in such a remote area. Would you say it was fairly safe there? Were the taxis and water taxis easily accessed?

one of my favorite places to go ever. i love all of eleuthera too. i had a friend that had a plane and it was so close to key west, where we’re from, that we went every other weekend for years! the color of the water is insane. that pink sand beach?! my god… and the locals? awesome. love love love it ALL <3

We had a great time, Michelle. If you’re looking for a more relaxed / authentic trip where you can be with the local but also have a beautiful beach to hang out at, I would definitely recommend it.

What a divine place, so pretty! I would love to spend some time there!
https://www.makeandmess.com/

It was a very pretty place to visit, Courtney. And the pool floats are all Ash – they’re from Bando. 🙂