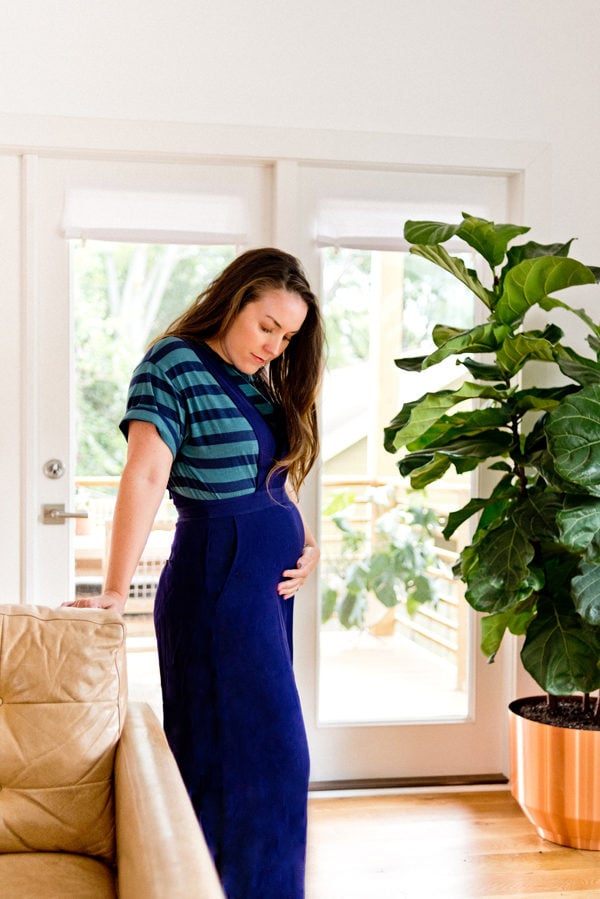 Have you ever kept a secret for a little longer than you feel like you should and then you just don’t know how to turn it around and finally share the damn thing? Well, that’s kind of how today is for me…because Jeff and I are having a baby. And at this point, I’m not just a little bit pregnant…

It turns out, I was actually pregnant when I published the ‘to baby or not to baby‘ post at the beginning of the year, but didn’t know it yet. Interesting how things work out sometimes, isn’t it? And since I’m essentially only 14 weeks away from having said baby, I have a lot to catch you up on.

I’ve already gone through pretty much all of the screenings and testing (the glucose test is all I have left, I think), several ultrasounds, and the most exciting part…we found out the gender. Neither one of us have the patience to wait until the birth to know. And actually, we didn’t even wait until the 20 week ultrasound to find out. We did a blood test a handful of weeks before that (somewhere around 12-15 weeks?).

Knowing that has probably been the most exciting part so far, despite the fact that we are struggling to come up with cool boy names at the moment. Once we finally decided we wanted kids (which we got pretty serious about within the last year – right after our dog Luna passed away), I immediately had it in my mind that I wanted boys. Girls are cool too, of course, but boys just seem like so much fun. And it’s just kind of what I pictured from day one. I think we found out the gender at the end of March or early April…trying to remember. There was no fancy gender reveal or anything…just a low key phone call to the doctor’s office to get the blood work results.

And that’s kind of how things have been with everything thus far…low key. Even telling Jeff that I was pregnant was under the radar. Which may seem a bit strange, since I celebrate nearly every occasion here with little parties and DIY projects, but you have to know your audience and Jeff is not the ‘make a big deal out of everything’ type. Plus, we don’t exactly have the restraint to keep exciting things from each other… I mean, the night of our engagement, while we were getting ready to go out he told me he was nervous because he was going to propose after dinner (BEFORE he had actually proposed). Haha. So, it didn’t seem likely that I’d make a big to-do out of this news either. Ironically, I do think there’s some romanticism in the ‘unromantic’ ways we’ve gone about huge life events together.

ANYWAY. Baby boy is due September 24th. Which seems a bit surreal, considering it’s already June. And Jeff and I are feeling simultaneously prepared and completely unprepared. So that’s been interesting.

Feeling prepared in the sense that we moved into a bigger place that will better accommodate a baby. Which is one of the main reasons why we ended up moving. I finished reading my first baby book, Bringing Up Bebe (which a friend gave me and I really enjoyed). And we’re starting to get his nursery in order too… I ordered the crib (which I am v in love with) and a few other things for his room, along with purchasing an excessive amount of baby clothes over the last few months…especially when we were in Europe recently. We still have lots to  plan for BUT at least a few things are getting crossed off the list.

On the completely unprepared side of things…Clearly, we’ve never done this before and I don’t really know how to prepare. It took us a while to find a good doctor we liked, but I’m super happy we did. If you’re in Atlanta and need a rec, email me! And now I’m entering the world of doulas and just completely lost. But aside from that, I’m feeling the most in the dark about how we’ll be as parents and how changed our lives will really be in a few short months. I know it will change, trust me I do. But the unknown ‘how much’ is what freaks me out, I guess. It just gets overwhelming sometimes and I think it’s mainly because I don’t know what to expect. But I guess that’s normal? Please tell me it’s normal.

As for how my pregnancy has been going…I’ve been very lucky to have an easy pregnancy so far. I felt generally sick-to-my-stomach off and on in the first trimester, but I never actually threw up. And in my second trimester, other than being extremely tired and hungry pretty much all the time and some general body pains, it’s been smooth sailing.

Lastly, just in case you’re wondering because we’ve all seen it happen before…this space will not be turning into a straight up mommy blog. I’ll still be posting about the things I’ve always loved – interiors, DIY, fashion, entertaining, etc because I love those things and that won’t change. I’m sure I’ll be sprinkling in motherhood / baby / kid related content from time to time if you’re cool with it though – just to share my take on things (and style). Because I imagine it would feel strange to exclude something that will soon be a big part of my personal life. Happy to hear your thoughts!

So, that about wraps it up. The CliffNotes version in case you skipped down to the bottom is I’m 26 weeks pregnant with a baby boy (due in September) and feeling relatively clueless about what to expect in three short months. 🙂 I’d love to hear your thoughts, advice, well wishes, baby name ideas for a boy, suggestions for staying sane, etc, etc! I’m all ears!

Thanks Amelia Lawrence for snapping these photos of me!

And I cannot wait for baby M to meet Gwen 9and you and Jared of course)! Won’t be too long before he’s here.

Thanks Michelle. I really appreciate that. 🙂

This is so exciting, I’m so happy for you guys!
https://www.makeandmess.com/

Thanks so much Felicia. Definitely curious to see how parenthood all shakes out. 🙂 Should be interesting.

Congratulations, that is so exciting!! Being a mother is such a blessing and gift. Parenthood is an amazing journey, and its gets more fun each day watching your child grow and learn!

Haha. You can take him on as many walks as you want!

this is so exciting!! I can’t wait to meet him and take him on so many walks during or work day. 😉❤️

Aww, this is so exciting! I will be praying for you on your journey!

Aw thanks Maira. Glad to hear that!

Congratulations!
I remember commenting on that other post, it was really great to read many women feeling the same way I did, and still do, about maternity and all that jazz.

I’m glad you find your answer to the big question 🙂

Thanks girl. Yes to figuring it out together. So happy that we’re only a month apart.

I’m so so happy for you and Jeff! And so glad we get to figure out all this stuff together 🙂

Thanks Sarah! Appreciate the encouragement and glad to know someone else felt the same way.

Yes, you’re totally normal! I felt the exact same way when I was pregnant with my daughter. (It really helped to have other people tell me that) But you guys will figure everything out, even though it may not seem like it sometimes. And congrats!

Thanks Kim. Should be an eventful journey. 🙂

Oh my! Congratulations!!! How exciting for you!!