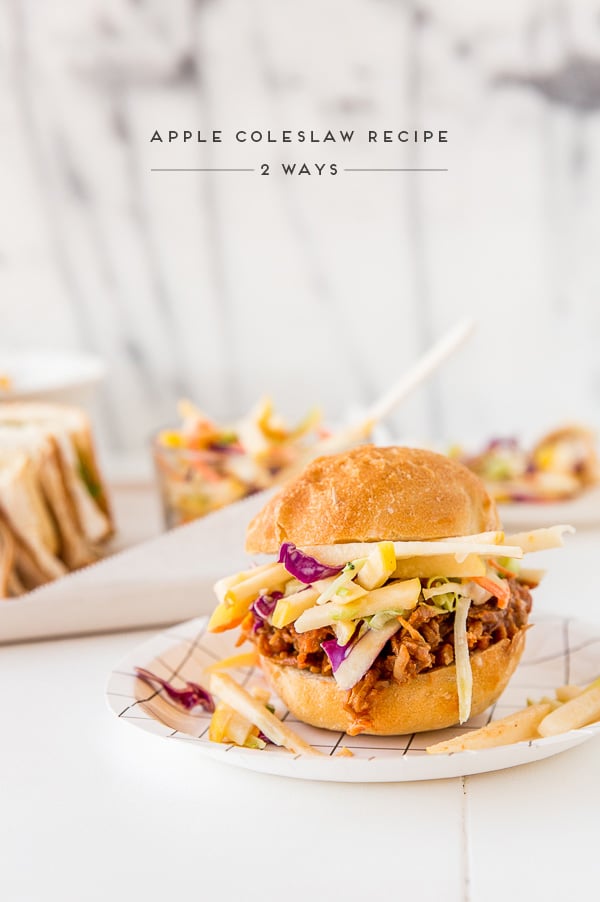 I’m a big fan of apples these days – specifically sliced apples with peanut butter, which I’ve been eating as a snack almost everyday at the studio.

In an effort to branch out of my typically snack though, I teamed up with Opal Apples, those golden color non-browning apples at the grocery store, to share another snack option that is giving my pb a run for it’s money. It’s apple coleslaw! You can eat it alone or add it to sandwiches (like my favorite BBQ chicken sliders). Click through for the recipes. 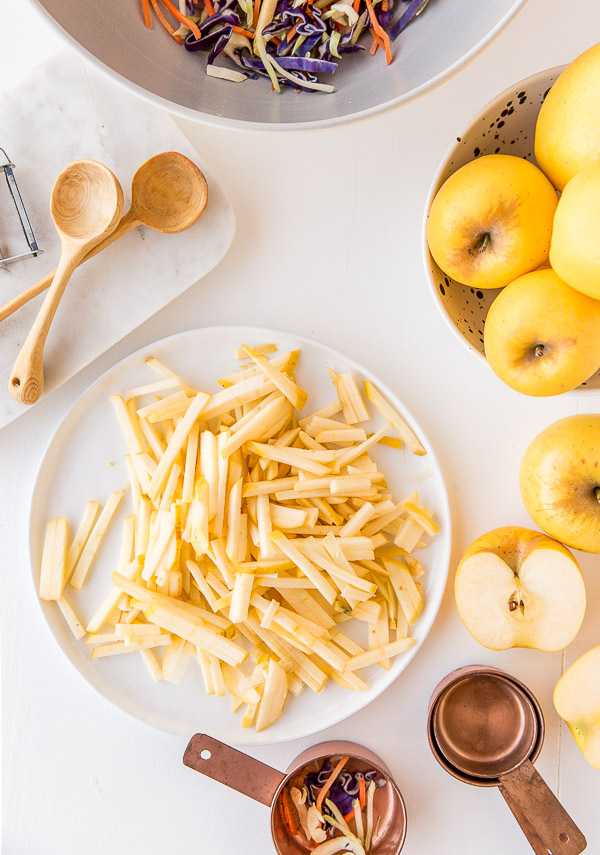 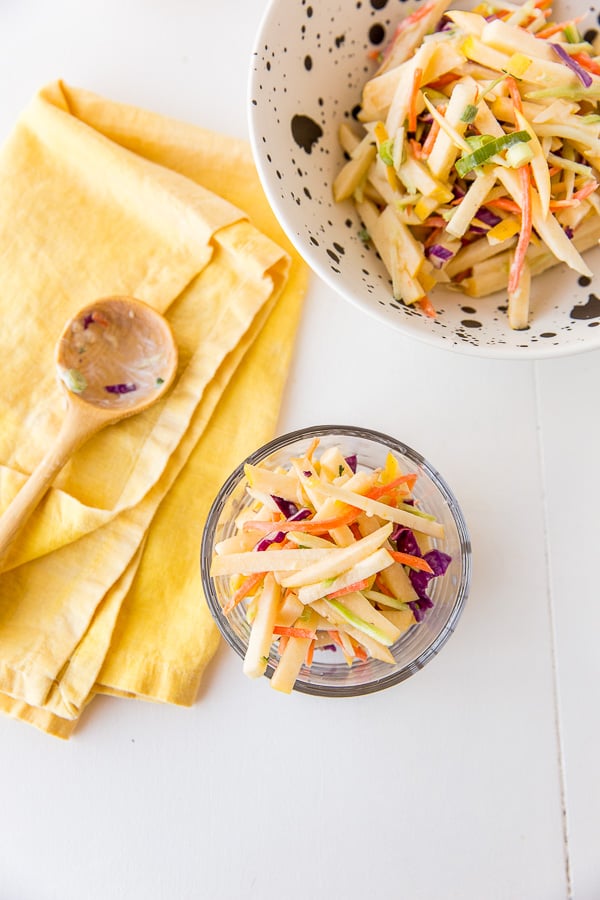 I actually used Opal Apple’s apple slaw recipe, and just added 1 cup of julienned broccoli (you can also find broccoli slaw mix to add if that’s easier) to everything else listed for an extra little something. It’s really, really good – especially for apple lovers. No need to add the broccoli if it’s not your thing though.

And in case you’re wondering… Yes, you can use other types of apples for this recipe. BUT I personally like Opal Apples because they don’t brown after being sliced, they’re sweet (which pairs really well with the more tart side of typical coleslaw recipes), and they’re grown in Washington state (which I love – I still miss living in Seattle pretty much every day). They’re also non-GMO certified, so boom. 🙂 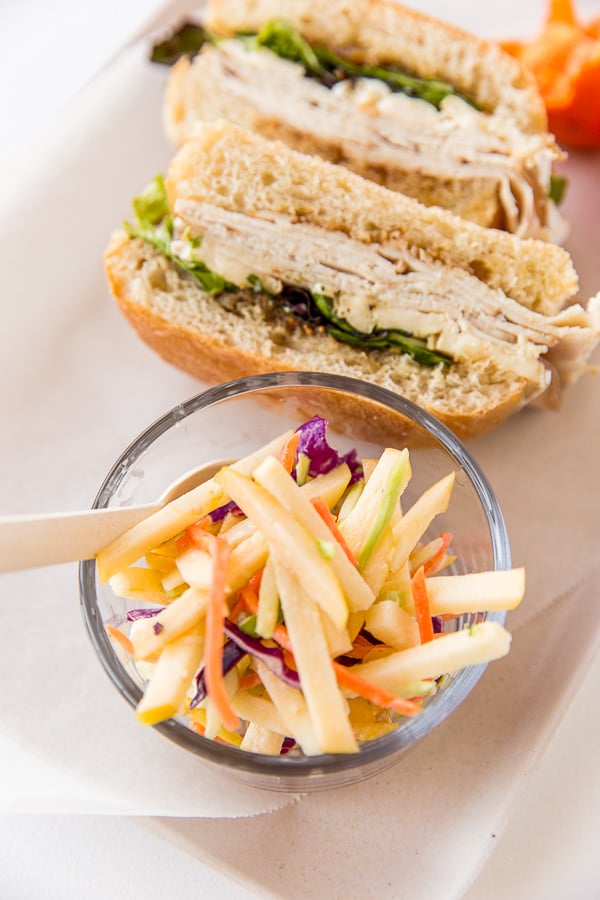 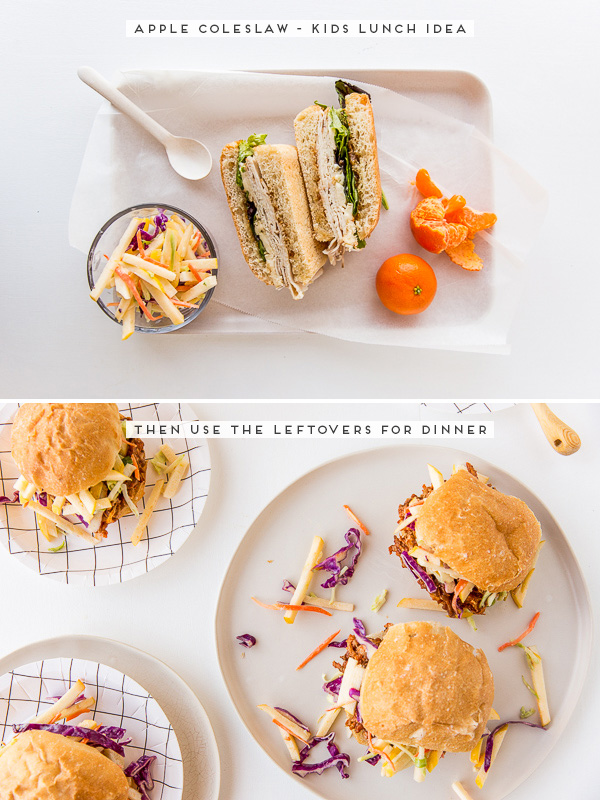 For any parents out there, this apple slaw would be a good recipe to include in kid’s lunch boxes, as a healthy alternative to chips. Especially since this slaw has a good crunch to it. Just store in small reusable / sealable containers (disposables work too). And with the leftovers, you could make my favorite BBQ chicken sliders topped with apple slaw for dinner.

Since Jeff and I are kidless, I made a big batch for the two of us to take in work lunches for the week and saved the rest for the sliders, which are kind of a must try if you ask me. 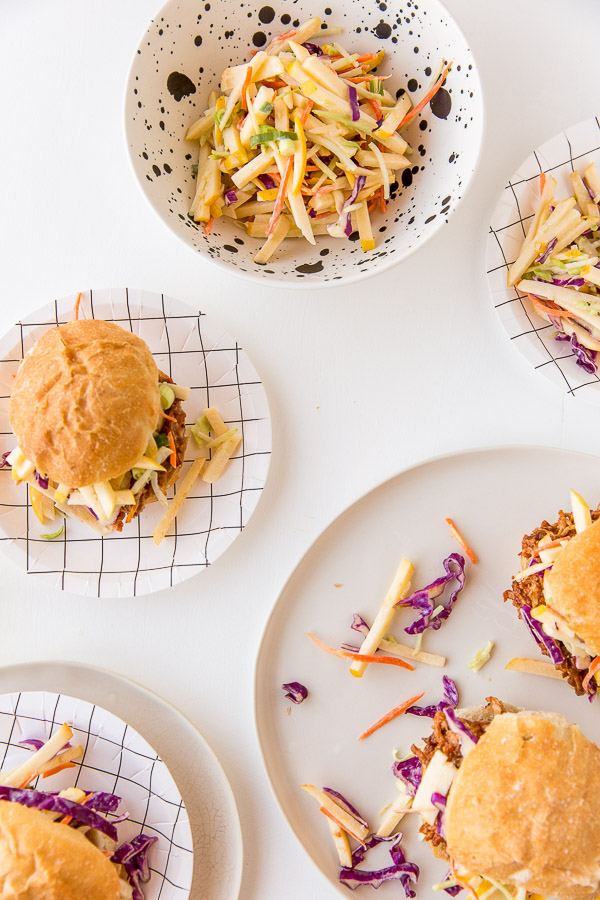 For the sliders, all you need is a whole rotisserie chicken (I just picked one up at the grocery store when I got the apple slaw ingredients), your favorite BBQ sauce, and a few mini buns or rolls sliced in half (I used ciabatta rolls, but I think pretzel buns would be really good too – I saw some recently at Trader Joes and they looked really good).

Shred the rotisserie chicken with a fork, after removing the skin (if possible). Toss into a bowl, add BBQ sauce (I used a 1/2 cup for a little less than 2 pounds of shredded chicken), and mix until coated. Add to the bottom half of your bun, top with apple slaw, and the top half of the bun and you’re good to go. 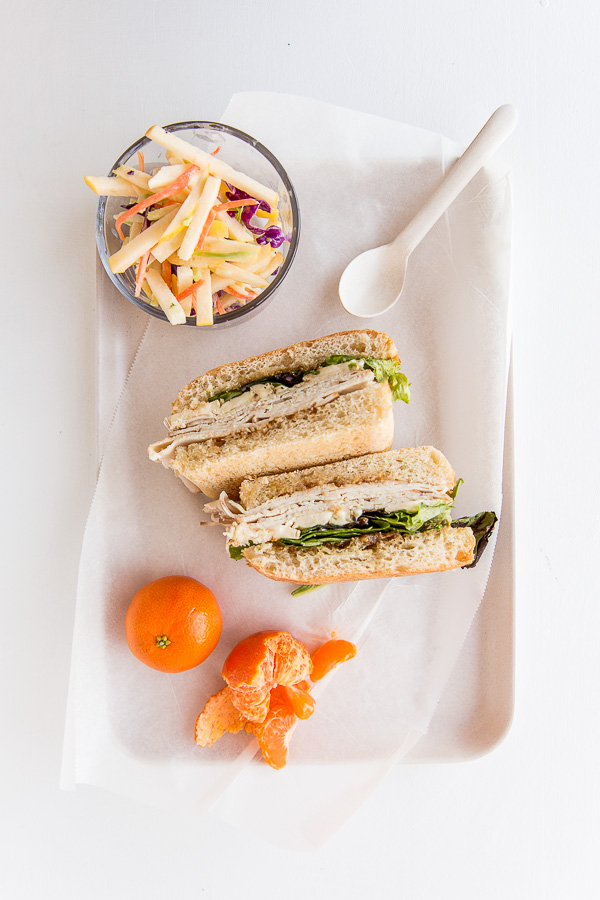 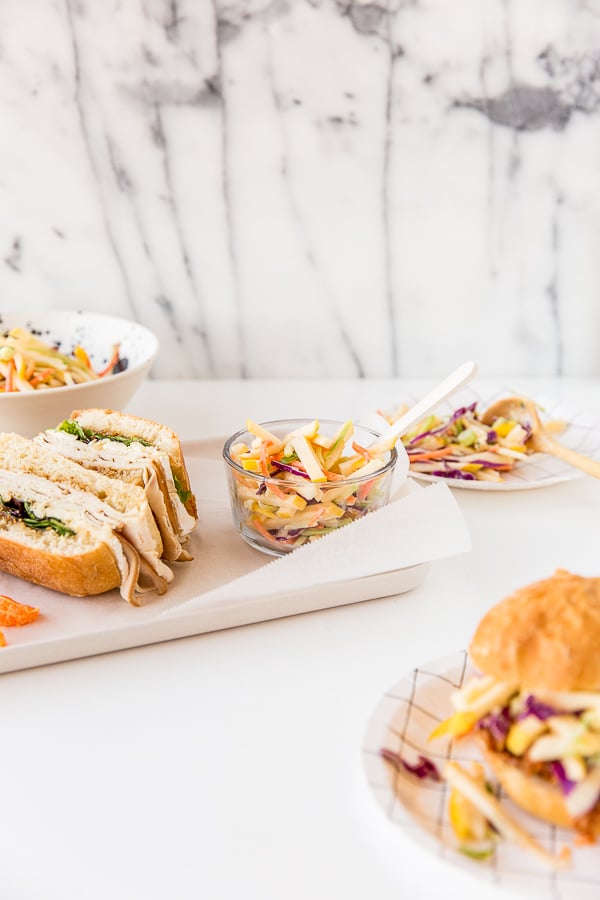 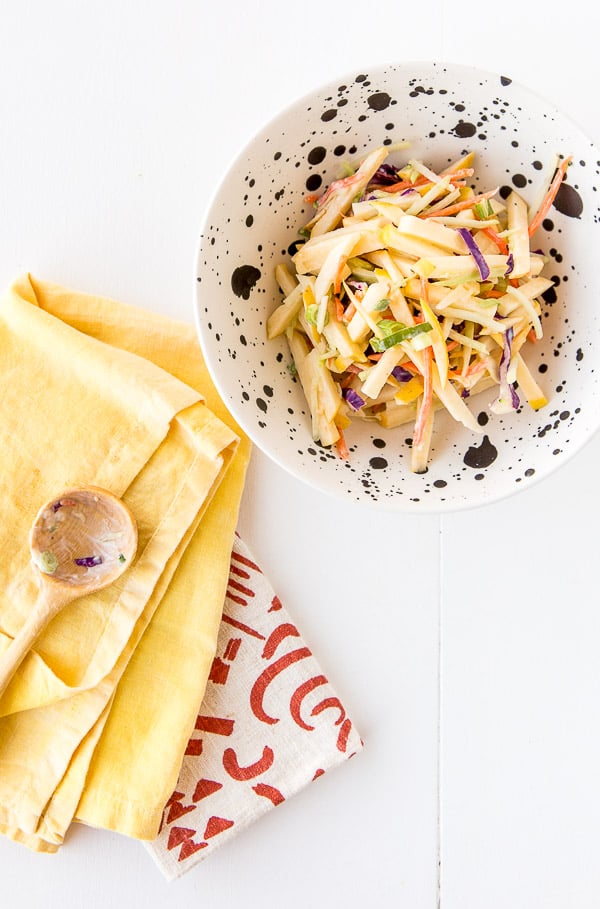 P.S. Because I know at least a few of your are going to want to know, all of my bowls in the photos are from Neighborly. I’m obsessed with the splatter ones especially.

Which version do you think you’d try? A lunchtime snack or a dinner staple?

This post is in partnership with Opal Apples. Thank you for supporting the brands that help keep Paper & Stitch running.

[…] in each of the three pizzas because they’re so perfect for these little guys. If you read my apple coleslaw recipe post with Opal, you already know the drill on why I love them so much. But if you need a […]

Oh wow this looks so so delicious. I want to eat it all!

Yummy, that is a wonderful idea! I love the combination of sweet and savoury!
https://www.makeandmess.com/