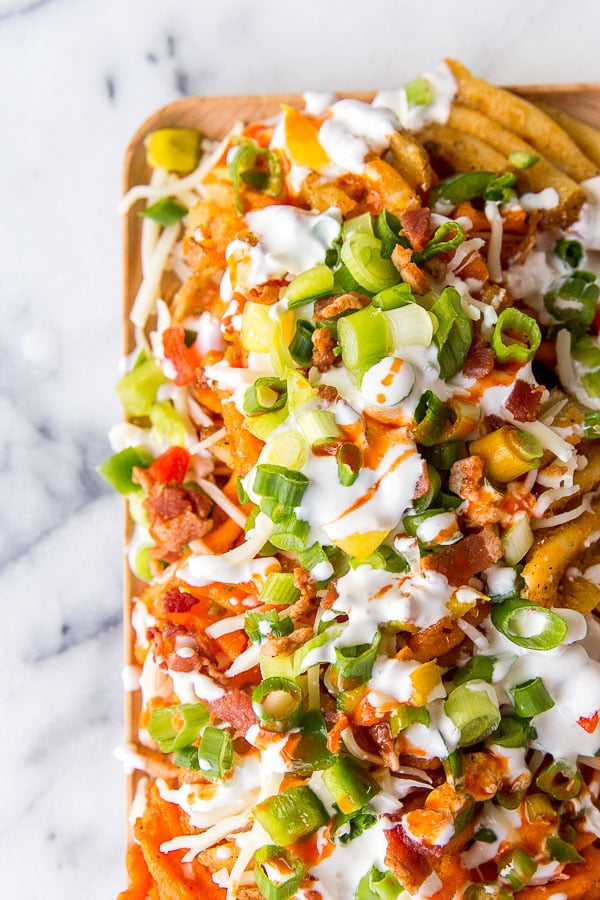 If french fry nachos are wrong, I’m pretty sure I don’t want to be right. And with the Super Bowl being the day after tomorrow, I couldn’t let it squeak by again without sharing the crazy loaded french fry nacho recipe that I’ve been experimenting with lately. It kind of screams Super Bowl recipe, don’t you think?!

I may not be the world’s largest football fan, but I do live in Atlanta – so I kind of feel like Atlantans would kick me out of the city if I didn’t jump onboard with the Falcons this year. Why risk it, right? 🙂 Which leads me to this loaded french fry nacho recipe and a virtual potluck, in partnership with the folks at Shipt, an app-based grocery delivery company that will bring groceries right to your door. Want the recipe? 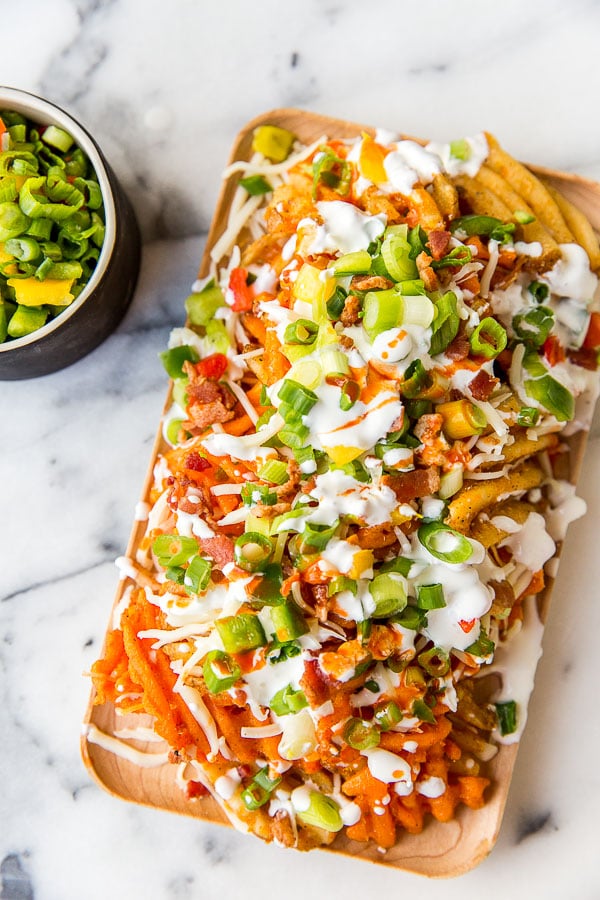 You can grab my recipe over on Shipt, along with 2 additional Super Bowl recipes from fellow Atlanta bloggers Waiting on Martha and The Pocket Sous Chef. Virtual potluck here we come!

Bonus! You can order everything you need for my loaded french fry nachos without even going to the grocery store. Shipt will deliver everything right to your door. Which means all you’ll have to do on Sunday is slice up a few things, pop ’em in the oven, and eat!

How’s that for an easy Super Bowl recipe!? 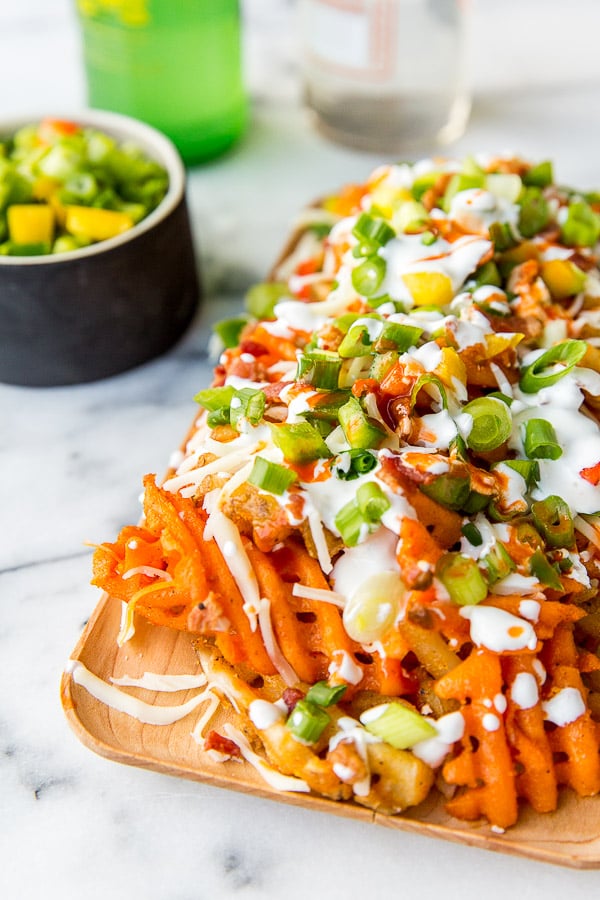 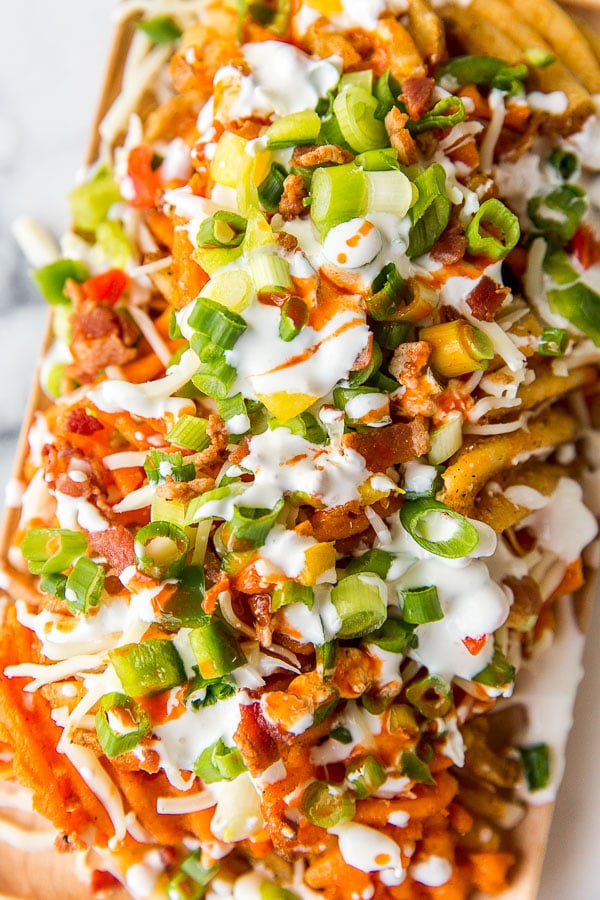 For more info about Shipt and the full recipe for my loaded french fries nachos, head over to the Shipt blog.

And then let me know how you’ll be celebrating this weekend? Excited for the food? the half time show? The commercials? The actual football? Let me know!

This post is in partnership with Shipt. Thank you for supporting the brands that help keep Paper & Stitch going.

Definitely a good excuse to have people over again, Megan.

OMG. Combining two of my favorite foods? That can’t be wrong! They look SOOOO delicious. I wish I had seen this before I did all my Superbowl shopping, or this definitely would have made the cut. Ah well, just another excuse to have people over, right? 😉

Thanks Sophie and Michelle.

This looks so delicious, I want to dig right into that plate!
https://www.makeandmess.com/

I love this take on poutine.