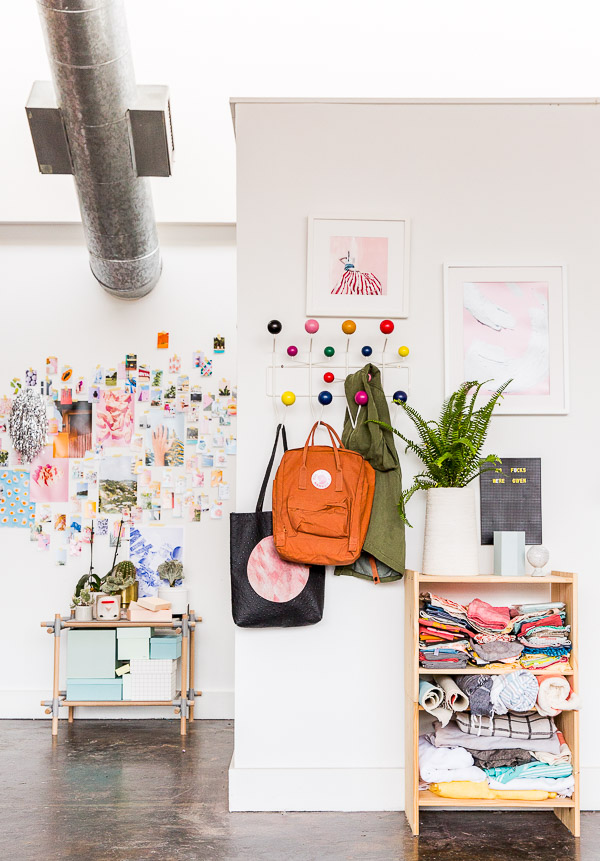 For better or worse, one thing I can say without a doubt about the studio is that it’s constantly changing. One day, there will be a three-legged chair resting casually in the kitchen. And the next day, I’ll be moving the workspace tables around on my back (yes, I actually do this but it’s easier than it sounds) because they’re too far away from the window light. It’s always something.

It took me a while, but that ever-changing process is one that I’ve finally come to terms with. It will never truly be done. So the constant state of flux is my new normal – balancing between shoots and the general day to day. And I’m rolling with it for this newest studio update / (semi awkward) entryway makeover thingy. Let’s do it. Before photos after the jump. 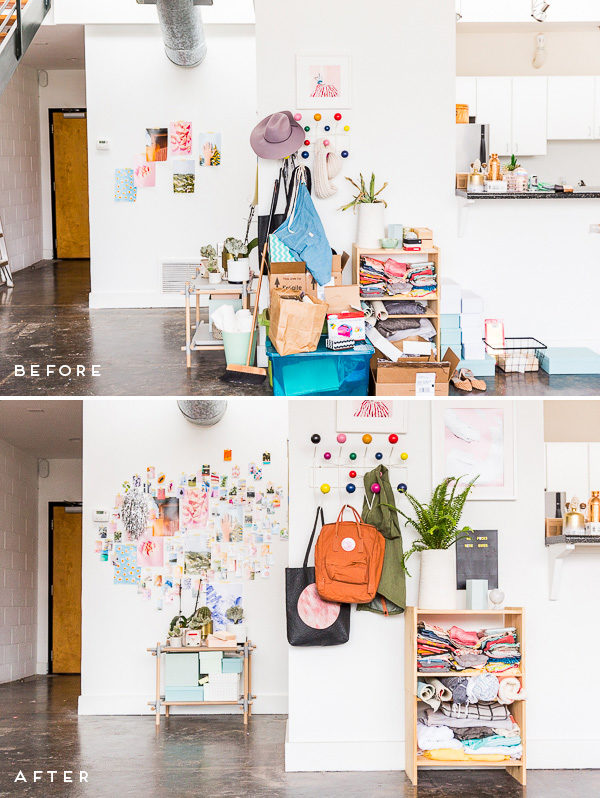 As you may have noticed….The awkward mini wall on the left literally has A/C duct work coming out of it. A dream come true for decorating, right? Ugh.

Which is probably why I’d been avoiding doing anything with it all until now. I figured since I can’t remove the duct work or move it to another location, I might as well embrace that wall for what it is, and what it is is another flat surface for style guides. Hahaha. Am I ever going to stop with these things?! Clearly NO. 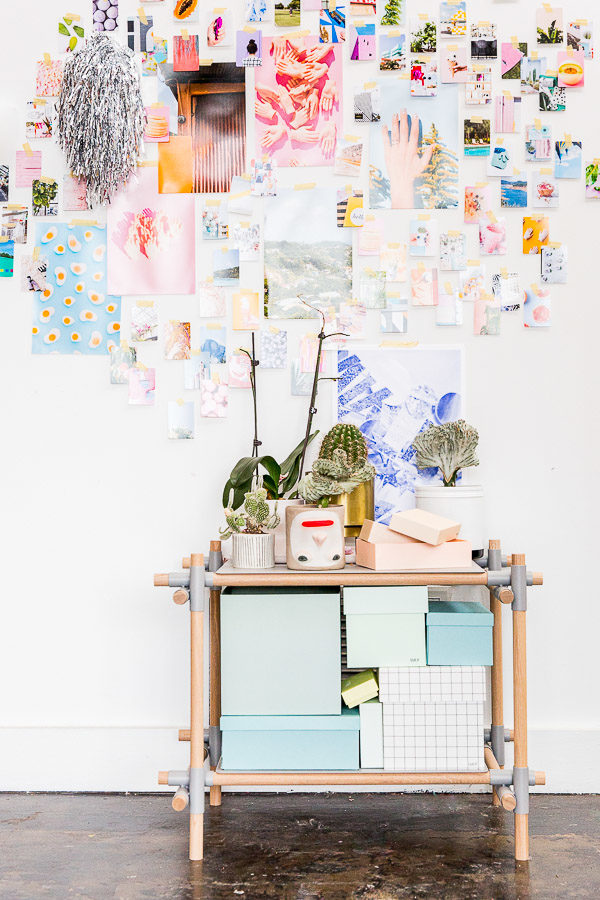 I took all of the photos that I shared in the new Just The Tip column and put ’em on the wall so I could see past work more clearly. I think I said this in that previous post, but seeing old work up on the wall really helps give me direction for future projects, etc. And reminds me of things I want to steer clear of too.

Aside from the style guide wall, and moving my old side table / bar cart in front of an ugly vent (haven’t been using the A/C anyway, so its fine there for now), I also cleaned up the wall near it (on the right) with a few new things for a change of pace. And got rid of the clutter.

Well, sort of. It’s kind of organized chaos at this point. But the clutter has definitely been cut down at least. 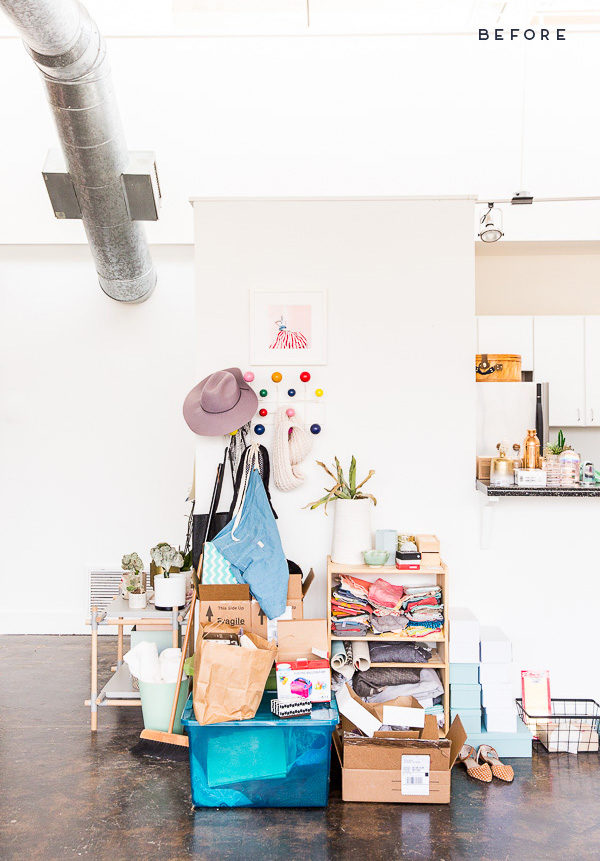 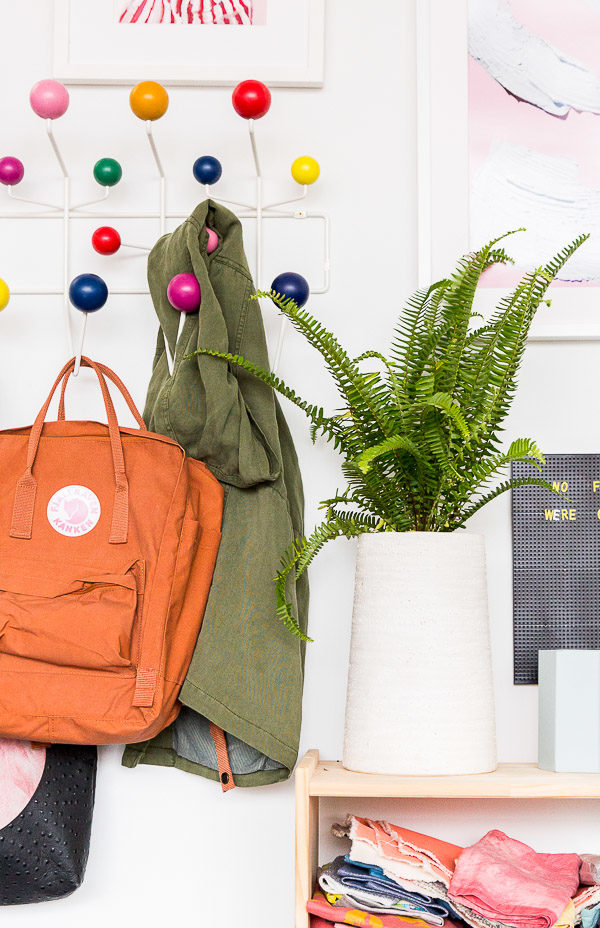 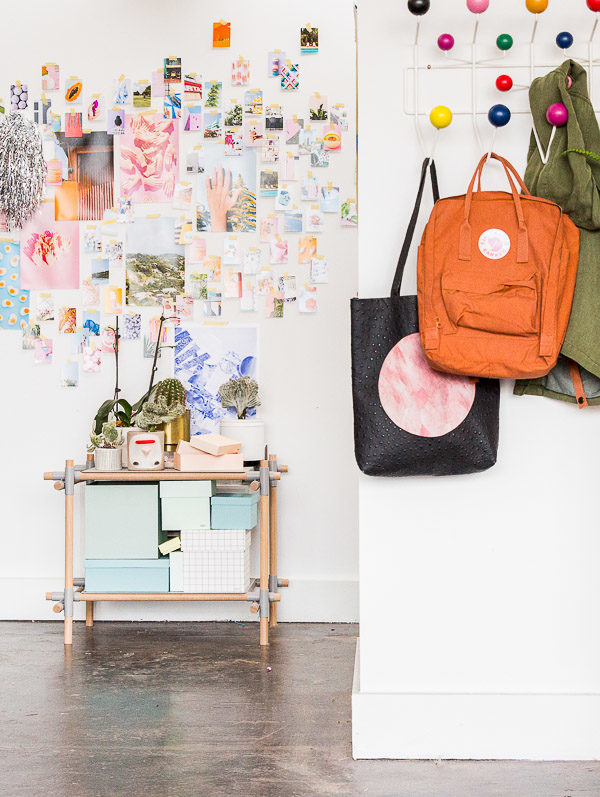 I imagine it won’t be long before I’m changing things up again, but I wanted to share a progress report of sorts to track what’s been going on around here lately. What do you think? 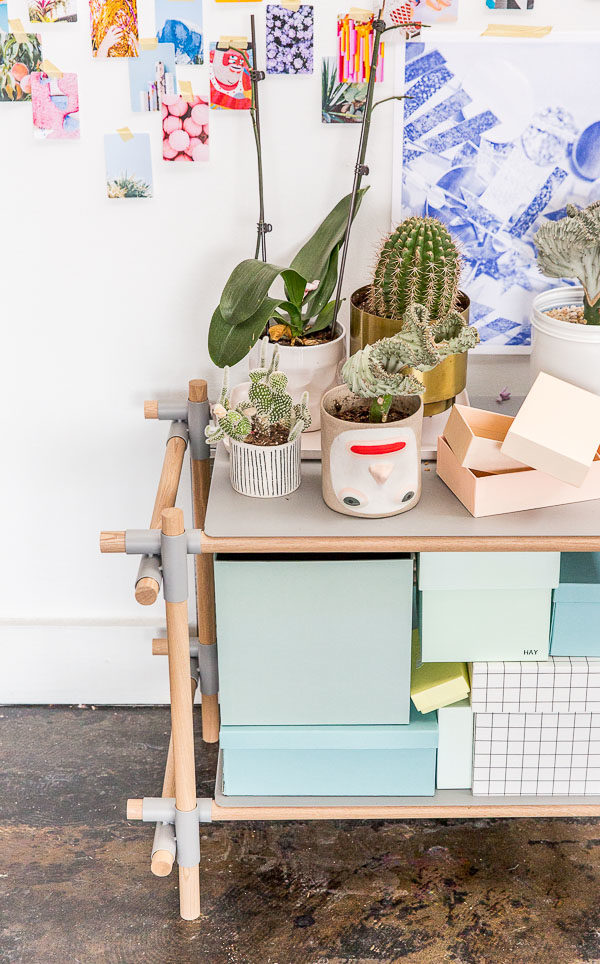 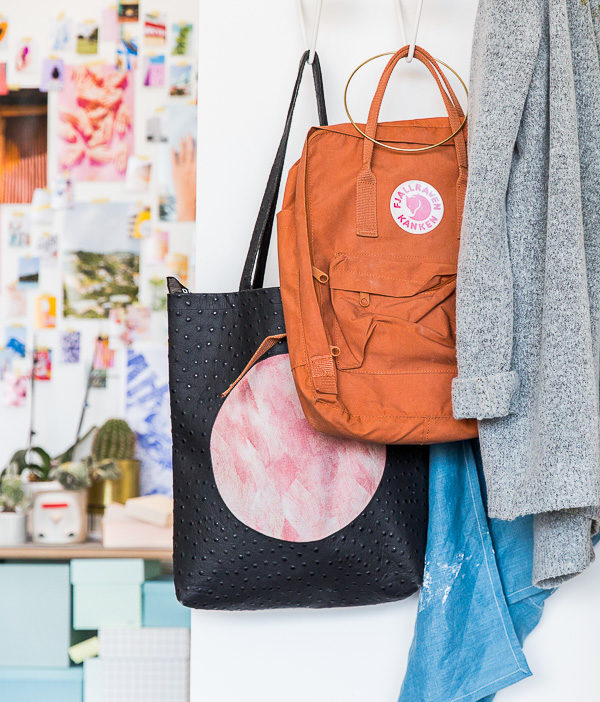 Is your home or office a never-ending carousel of change, like mine? So curious to know if this is a just me thing or not! Share your thoughts in the comments.

< previous postYou’re Such a Hack: A DIY Art Hack (Two Ways) in 5 Minutes Without Even Picking Up a Paint Brush
next post >7 DIYs to Try This Weekend

Hey Brittni. Thanks for sharing the before and after pics of your studio. I used to think i am the only one who is crazy for changing things in the room every third day ;). I really like hang-it-all from Eames. It is making your studio look so colorful.. I am gonna buy it for my room for sure.

Looks really great! Didn’t think that a lot of elements would look this good all together. Looking forward to more inspiring posts.

Haha Leslie. Yep, it’s just two of them stacked on top of each other.

i cant believe you just made something i already own even more swoon worthy!!!

that table where all the fabric is in, where is it from?
all of the heart eyes emojis!!!!
i love it!!!

I love how you transformed and organized such a small, but impactful space. It’s so colorful and fun! Total envy over here.. great job!.

Thanks Natalie. We originally had the Eames coat hooks at our house, but it didn’t end up working out there, so I snagged it for the studio. 🙂 Hahaha.

I love the image wall, it’s so bright and inviting and those coat hooks are awesome

Thanks Sophie. 🙂 You totally should give a style guide a try!

I love the style board. I need to make something similar.

Definitely tidier than it was before at least, Sunrise and Saturdays. 🙂

Thanks Michelle. Happy to hear that. 🙂

I really like how it turned out, it’s so inspiring!
https://www.makeandmess.com/