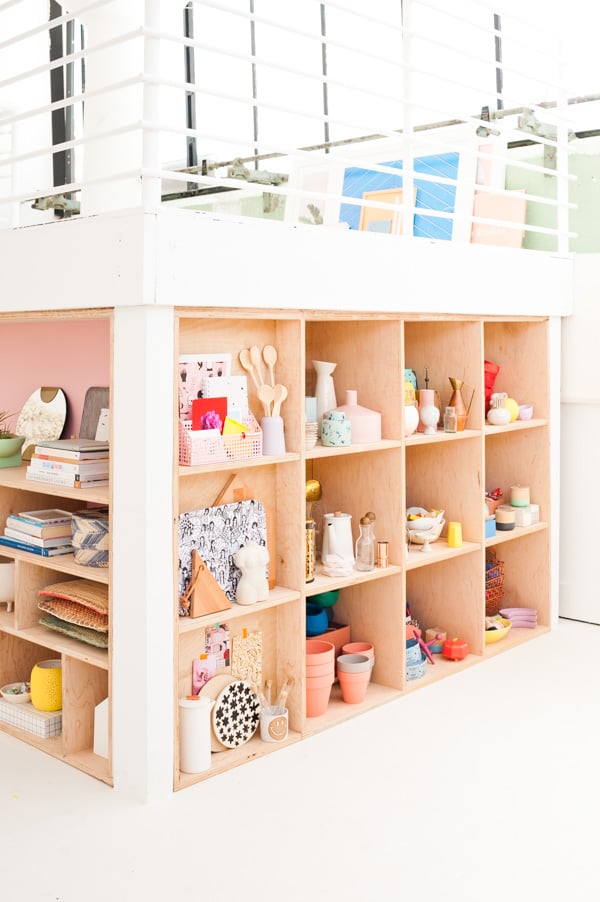 The other week, I shared one of my favorite studio projects to date, for the custom DIY built-ins upstairs and today I’m sharing the other half of that custom build, which is where I keep all 272 (I’m guessing – I didn’t actually count) of my props organized and in one spot.

This part of the build was a little different than the rest because I wanted this side to be more utilitarian – a place where I could see everything at a glance, that doesn’t have the added pressure of feeling like it needs to be styled. Because styling your props while they’re sitting on a shelf unused is some next level crazy. Not saying I actually avoided it…I have to admit I did (semi) style everything in the photos a little bit. But it’s a sickness folks. I couldn’t help myself.

Here’s what this side of the space looked like before, as a reminder… 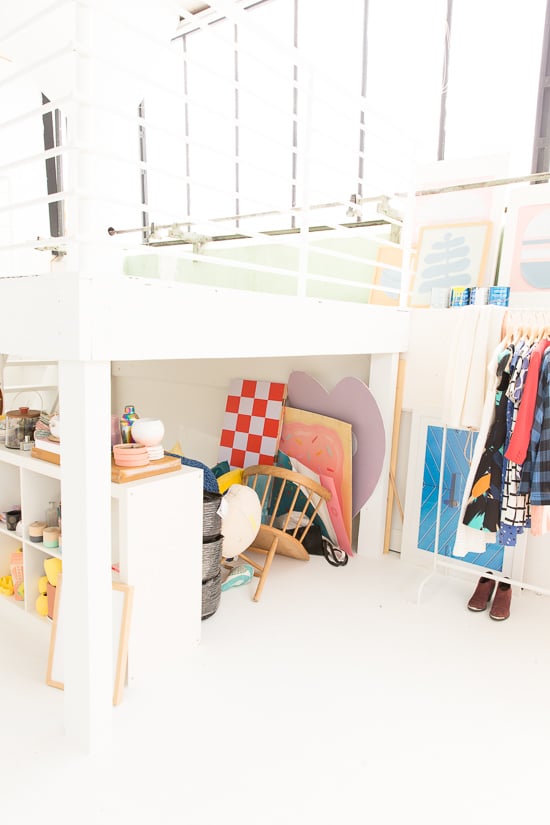 Determine rough opening. Measure the height, width, and depth of the opening that you are creating the built-in inside, with a tape measure.

Factor in the widths of the vertical bracing (the plywood pieces that will be running up and down vertically) in the main box when doing your layout. If you skip this step, your cubbies won’t be in equal sections. 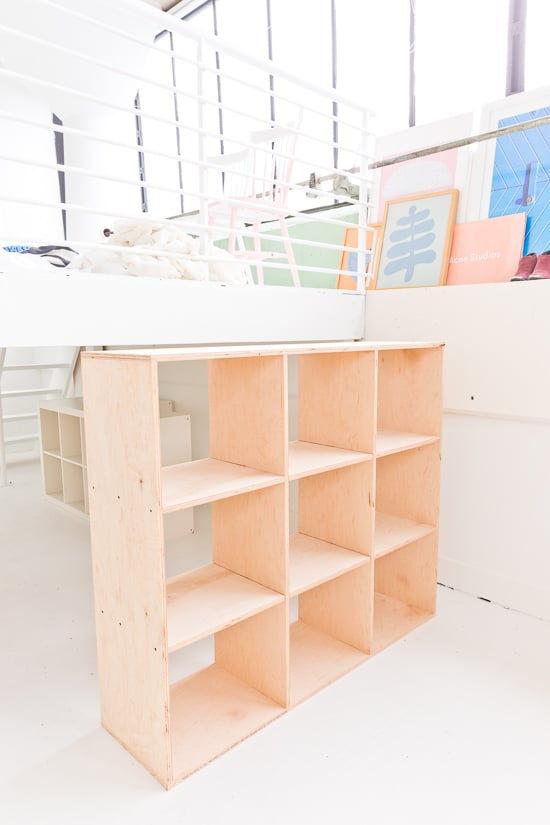 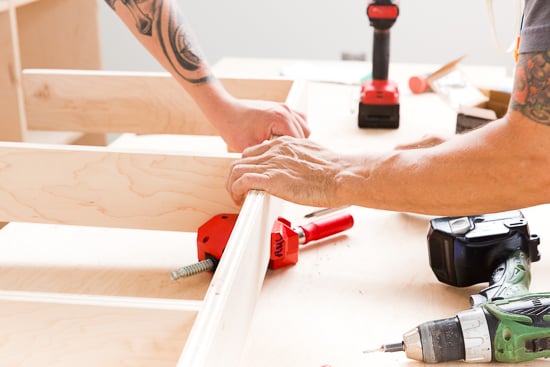 The main difference for mine though, which you probably won’t have to worry about for yours at home, is that there were two deep built-ins that came together at the corner, which means the first column of boxes in my built in, had to be much more shallow in depth to accommodate the depth of the other side. Which is why that first column of shelves is shallow on mine. Just something to think about, just in case your built-ins plan looks similar to mine. 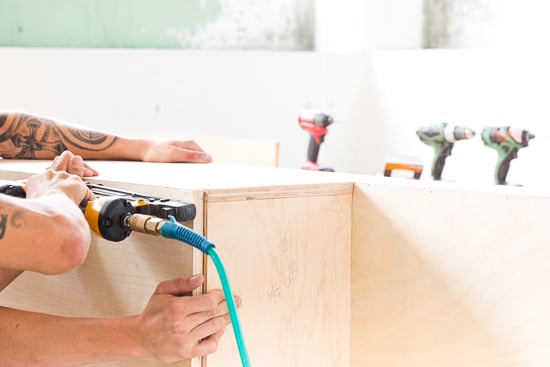 After everything was installed (I worked with Britt Service Group on the build – which I highly recommend if you’re in Atlanta), I quickly started throwing stuff into the cubbies and was surprised by how many pieces I could actually fit in each cubby. That and the fact that there’s hidden storage behind the unit (which you might remember seeing in the other post), left me with SO much extra space around the studio…I was even able to unpack some boxes that have been untouched since we moved in because I had no where to put them (until now).

So happy to have everything organized and out of the way now. It has made such a difference around here. Especially considering the fact that the studio is a loft, which means there are only 2 (very small) closets in the entire space. 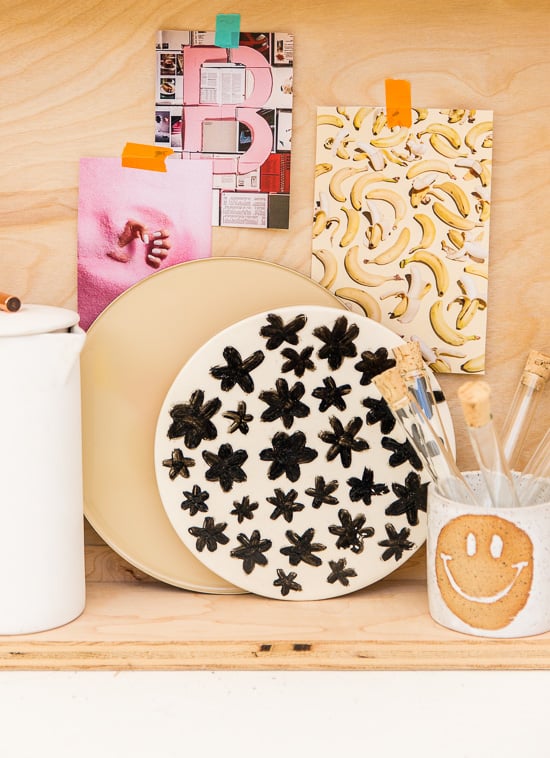 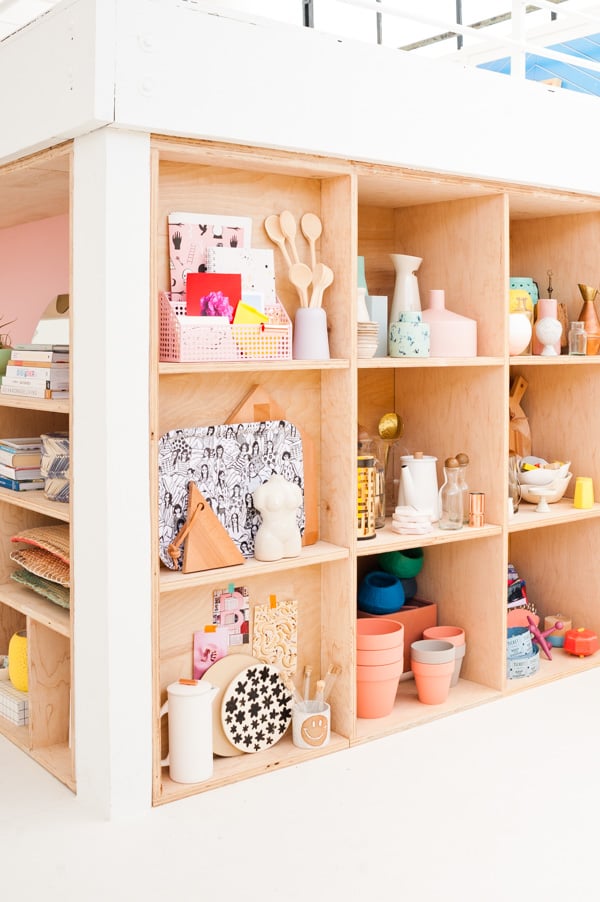 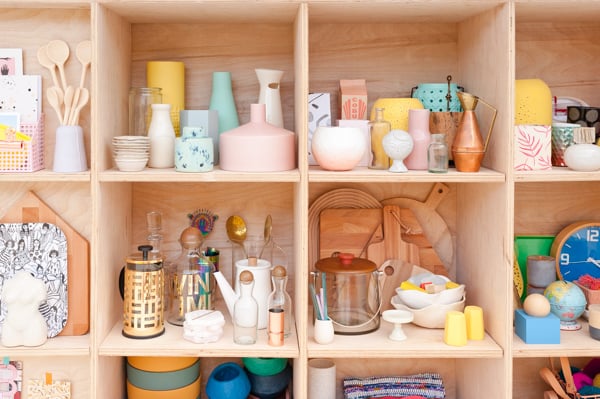 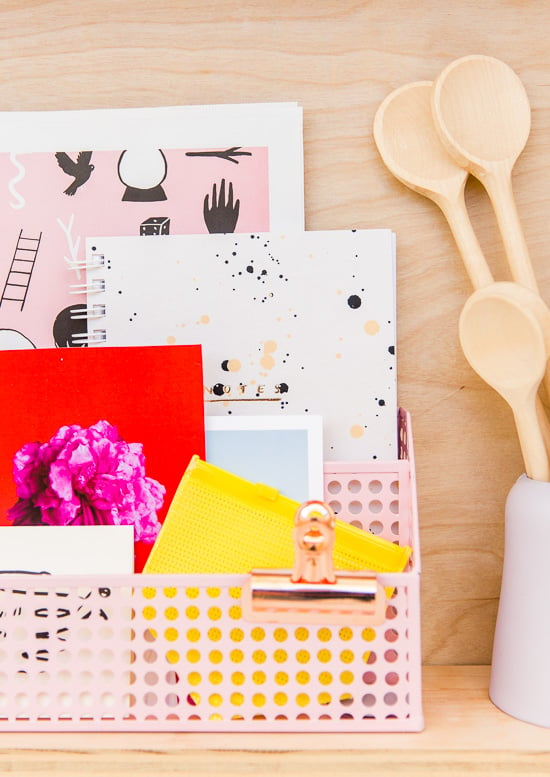 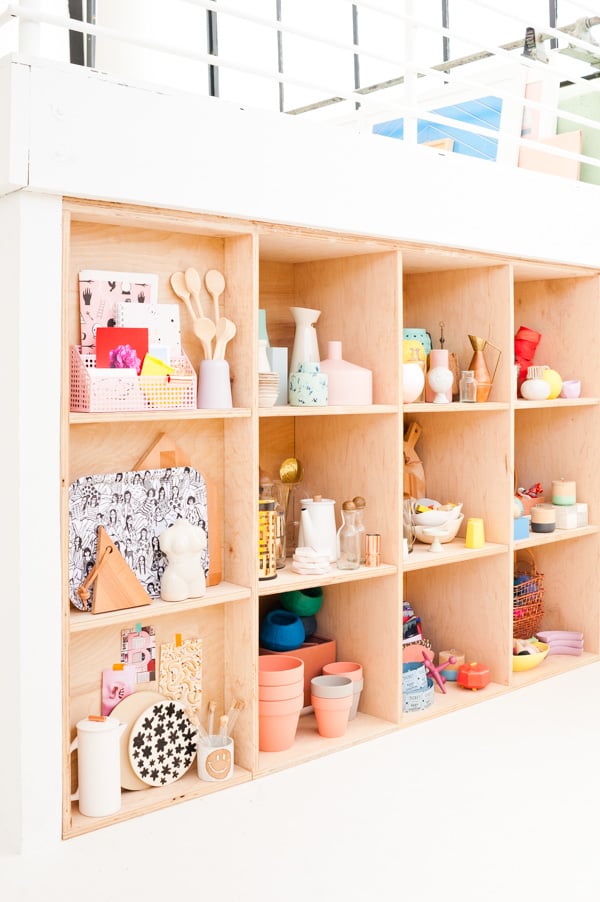 What do you think of built-in #2? Are you a fan of the raw plywood like me or do you think I should paint it?

P.S. Did you know that National Get Organized Week is coming up (week of October 3rd)?!

< previous postPony Up: A Half Up Pony Braid Hair Tutorial
next post >11 Ways I’m Falling for (Fall-Inspired) Interiors

A Modern DIY Bathroom Organizer (with Mirror) - Paper and Stitch

This plywood shelving turned out amazing. You did a really great job. Thanks for including hearing protection during this project, it’s quite often overlooked. By the way, raw plywood always looks better than with paint 😉

10 DIYS to Help You Get Organized - The Crafted Life

This looks awesome. These days, shelving is available in many different types, designs and sizes. It is a great storage option to keep things organized and save a lot of space in your home.

With only a few planks of wood, you’ve created a handy shelf. I think if add more nails, I can arrange collection of my power tools in a neat manner.

Looks great for organization! I am for the painted variety for a more finished look. But it works “as is” too!

Wow, these look great! I’m starting to collect more props and I would love to have some storage like this! Right now all of mine are in/on a small dresser

Aw, thanks Sara. I have admit it’s nice to have everything in one place now (instead of all over the place and completely unorganized).

Absolutely beautiful! If only I could get my prop storage to look this amazing!

Thanks Michelle. It’s been really helpful to have all this extra storage for my random props and craft supplies.

This is perfect organization, brilliant!
https://www.makeandmess.com/