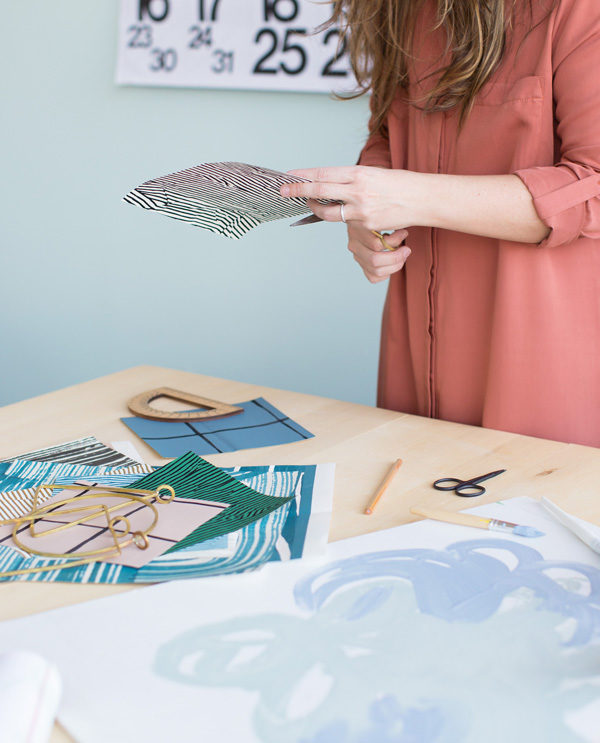 Just the Tip is a new(ish) series that will feature just one tip on a new subject each month (or so) that I’ve found useful – topics will range from blogging to business to life in general.

When I was in my final semester of college, I remember feeling excited to get out into the real world and not have to worry about juggling a job, homework, studying for quizzes, etc anymore. I could focus on just one thing: my new job. Whatever that might be. Of course, that’s not exactly how it worked out, but that’s a story for another time.

Another part of me though, was sad (and a tiny bit scared) to leave…without those weekly critiques and mandatory attendance for classes, I was worried that I would stop pushing myself or veer off into a direction that I didn’t intend to. Those critiques in class, though sometimes a bit hard to swallow, ultimately helped me gain confidence in what I was doing, and it was nice to get that constant feedback.

The years following after I graduated involved lots of jobs and life changes… I quit my job as a gallery manager, became a high school art teacher (even though I had no idea what I was doing because I didn’t have an education background), bought a house, got married, quit my job as a teacher, started working on Paper & Stitch full time, moved to another state, moved back to Jacksonville, moved out of state again, etc, etc.

But in all that time that’s passed since graduating, I haven’t once stepped foot back into a classroom as a student. Until last year, that is. I don’t know if it was because I felt that I was long finished up with the whole student thing when I completed my degree, if I never found any classes that interested me, or if I just felt too wrapped up in my work to give it any actual thought. It was probably a combination of all three, but mainly that last one hits home pretty hard. 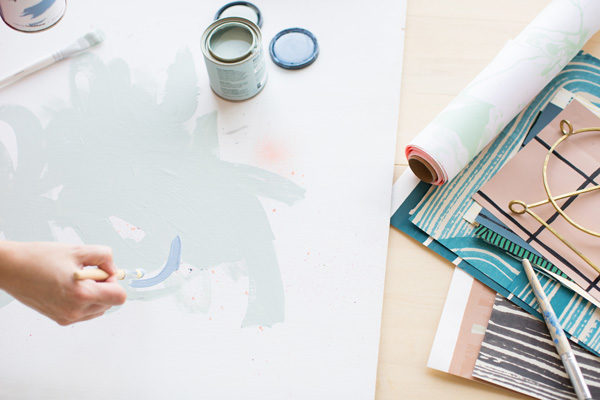 Whatever the case may have been though, things have changed in this department. I took up a ceramics class, after work a couple of nights a week, to learn a new skill and feel like a student again. That first day in class I totally felt like a college kid… nervous to meet my teacher and the other students too. Would I like being in that atmosphere again? Would I make new friends? Would I fall in love with ceramics and wheel throwing?! So many thoughts went through my head.

And as the weeks went on, while the excitement of it all wore away, one thing stayed the same – the desire to learn something new, experiment in an area I knew almost nothing about (I do have slab experience, but had never thrown on a wheel before), challenge myself and get out of my typical day to day. That ceramics class is now long over and after that first intro class I decided not to pick it up again for another season. But one thing that has really stuck with me since then is something that I strangely had forgotten, which seems so simple now.

I don’t always have to be the teacher. Being the student is actually pretty damn cool sometimes too.

At some point, I think I felt like because I’ve been ‘teaching’ in some way or another for so long now – DIY projects, styling projects, even when I was an actual teacher right after college – I’d somehow be a phony if I became the student again. Totally stupid of me to think that way in hindsight, but it’s a pretty common feeling to have, I imagine. Once you’ve been out of school for some amount of time, it becomes more and more difficult to feel like you could / should go back. Even if it’s just a basic ceramics class after work.

But it’s actually REALLY exciting to jump into something that you know very little about. And I guess I just needed to take that class to remember something so simple (and a little cliche). It took me longer to learn that lesson than it probably should have, I’m sure. But I’m happy I finally got there. No matter how long it took.

So since I’m in student mode already, will you be my teacher for a second? What lessons have you learned that took you far too long to figure out but were ‘ever-so-worth-it’ in the end? I’d love to hear some of your experiences with something similar (or completely different). Let me know in the comments below.

Photography by Kimberly Murray (in collab with Belong magazine + me)

I recently learned a similar thing with not ‘having’ to be a teacher wrapped in it. I learned that it’s okay to focus on ONE main income source/project. I’m ALWAYS trying to do everything at once and the result is me being pulled in all directions and being too exhausted to feel accomplished. Now I’m saying NO when appropriate and focusing and it’s wonderful.

Totally agreed with you on being a student, too. Learning constantly is the best way to keeping growing as a person.

Hi Kristie. That is a lesson that I’m trying to teach myself everyday. It’s a hard one to swallow for me at this stage in my career, but I’m doing the best I can to remember it each day. Thanks so much for sharing your story and lesson! Love your last line…Life moves on even if you don’t! So true.

I guess the biggest lesson I learned later on in life is that constantly working because you want a better life leaves you missing out on life itself. For 15 years I thought I was accomplishing things through my career, but a health set back showed me otherwise! Now I’m learning to enjoy each day & make it mean something instead of waiting for everything to be just so. Life moves on even if you don’t!

Wow. Thank you for sharing your experience, Caroline. I am sorry to hear of your loss – I imagine that must have been tough enough without being defined as ‘that girl’. I love what you said about letting things shape you but not define you! Such a powerful thought.

Biggest lesson I learned was to let my life experiences shape me but not DEFINE me. My sister died when I was 14 and in our small community it took a while for me to be not “the one whose sister died” but my own person. (Someone as recently as a few years ago actually introduced me to her husband that way, can you believe it?!)
I am my own person and proud to be so.
x0x0 Caroline http://thecarolove.com/