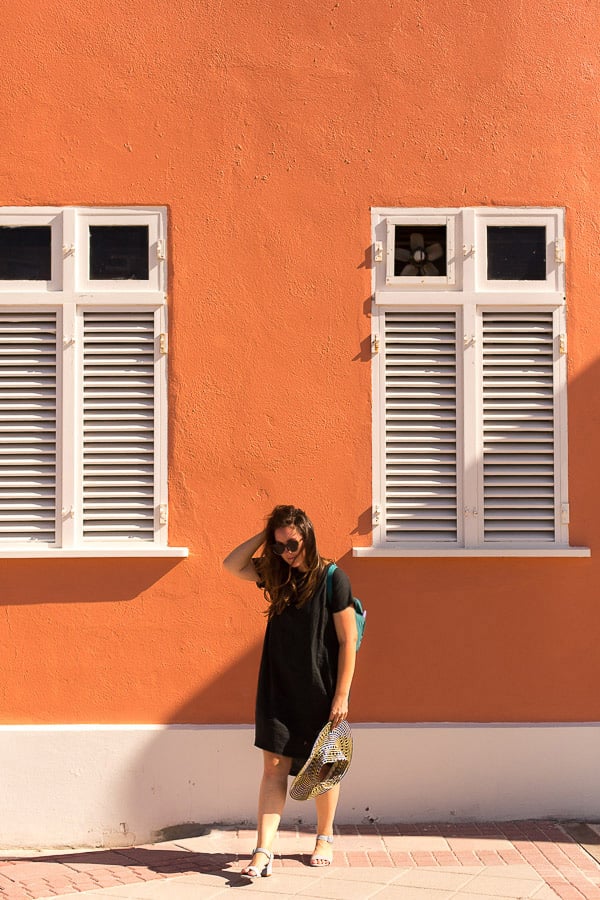 I’ve been traveling so much lately, I almost forgot to post photos from my one of my fave tropical locations to date: Turks and Caicos!

Jeff and I visited Grand Turk for the day as one of the stops on our cruise and I am already dying to go back. The beaches are soon beautiful – the water is crystal clear and gives off all of the turquoise tropical vibes. There was a nice beach literally right off the ship, at the port, but I knew there was more than we were seeing right around there. So, we did some quick Google searches (what would we do without it?) and realized Governor’s Beach was only a few minute taxi ride away. Done!

The first thing we saw when we arrived at the beach was a huge abandon ship and one of the prettiest beaches I’ve ever seen. It was even crazier than Catalina Island (which I also loved). 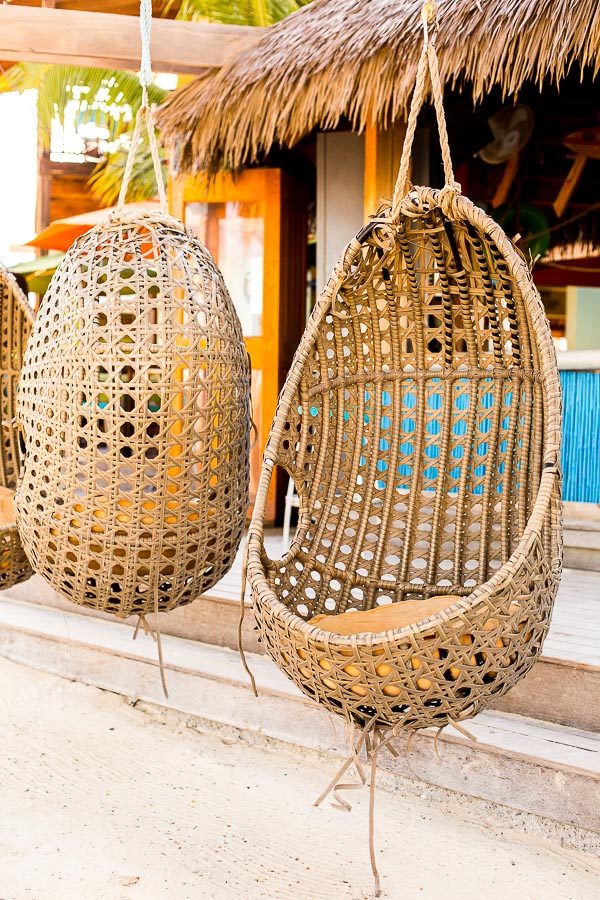 Before jumping in an old mini bus straight out of the 80s with our trusty driver, Rami, we did a little bit of exploring around the port. Which had a pretty chill beach (it was kind of busy though), a few beach bars, a restaurant, a GIANT pool, and a bunch of little shops. There were a few fun photo ops there, for sure.

But we wanted to see if we could find a spot that was a little less crowded, hence Governor’s Beach. Once of the most noticeable things about this beach was the (very large) rusty ship that washed ashore five years ago, during Hurricane Sandy. The back has rusted out a bit, so you can actually get onboard the ship, if you’re willing. I didn’t go, but a few other people who were there at the same time as us did and they seemed to think it was pretty cool. 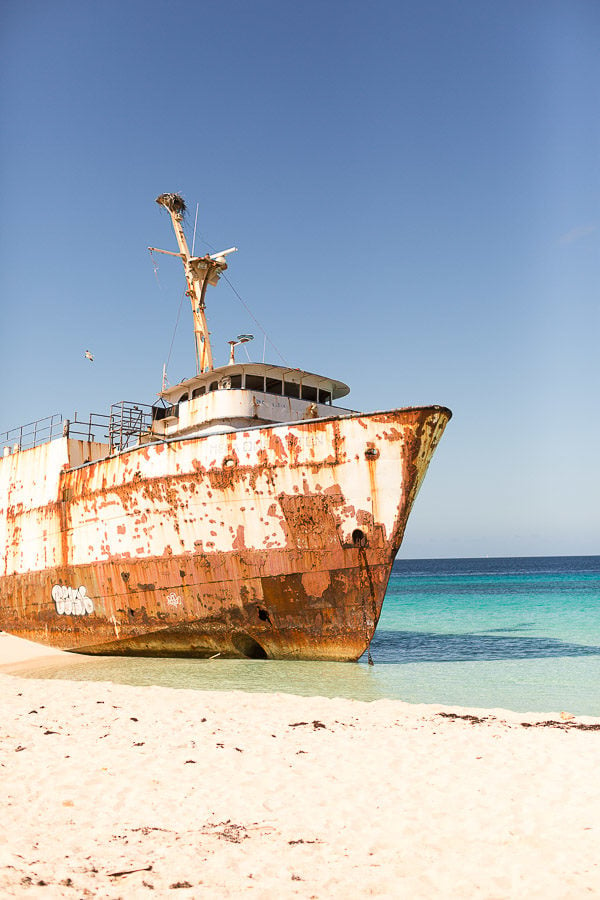 After an hour or so, that part of the beach started to fill up (still not very busy at all – maybe 20 people), so Jeff and I started walking down the beach further and further. Until we eventually found a spot with lots of rocks, just around the other side of what your eye can see from the abandon ship, in the distance. It was a decent walk, but worth it, because we were literally the only ones there. We never saw anyone else again until we started walking back to the busier area. It was so cool to have it all to ourselves.

It’s the part of the beach that you can see in the photo of me with the yellow towel, which by the way is from MAYDE. And I bring it (this one) with me on EVERY tropical trip because it’s huge and yellow. I also have the black and white crescent towel and the orange and white striped reef towel. Clearly obsessed. 🙂 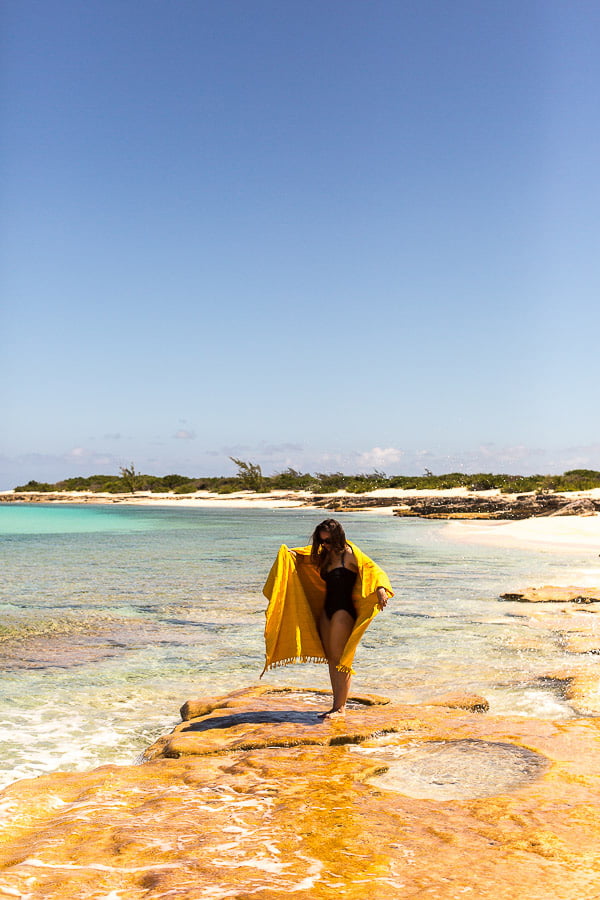 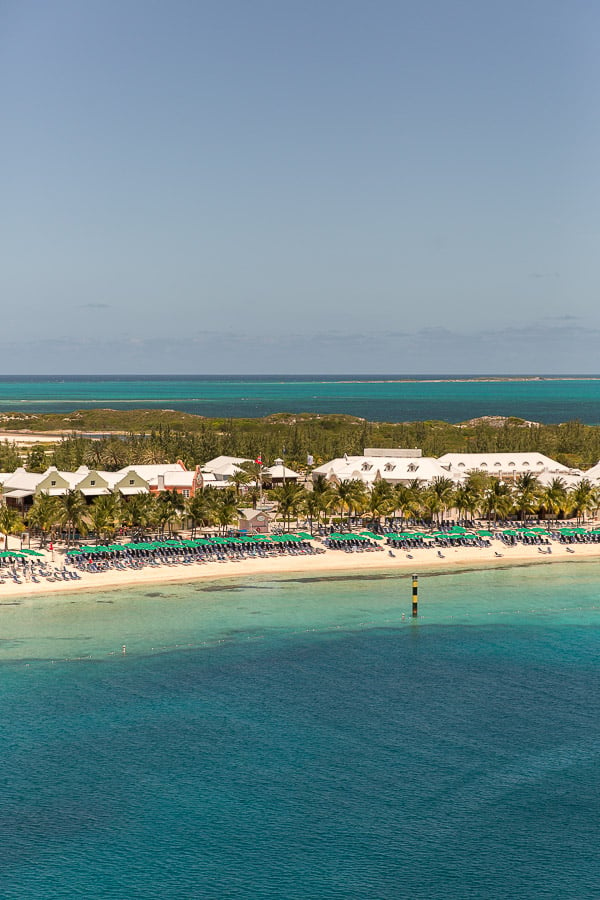 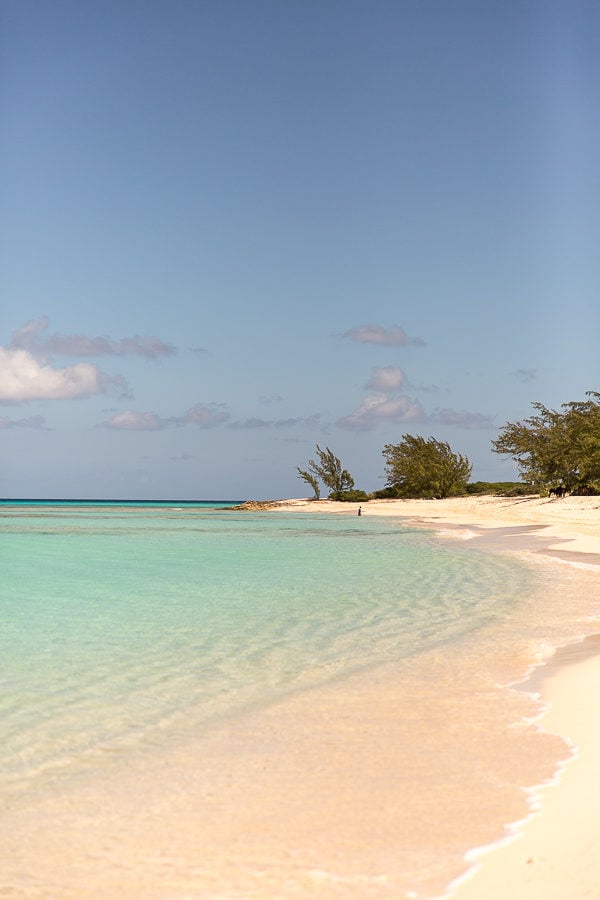 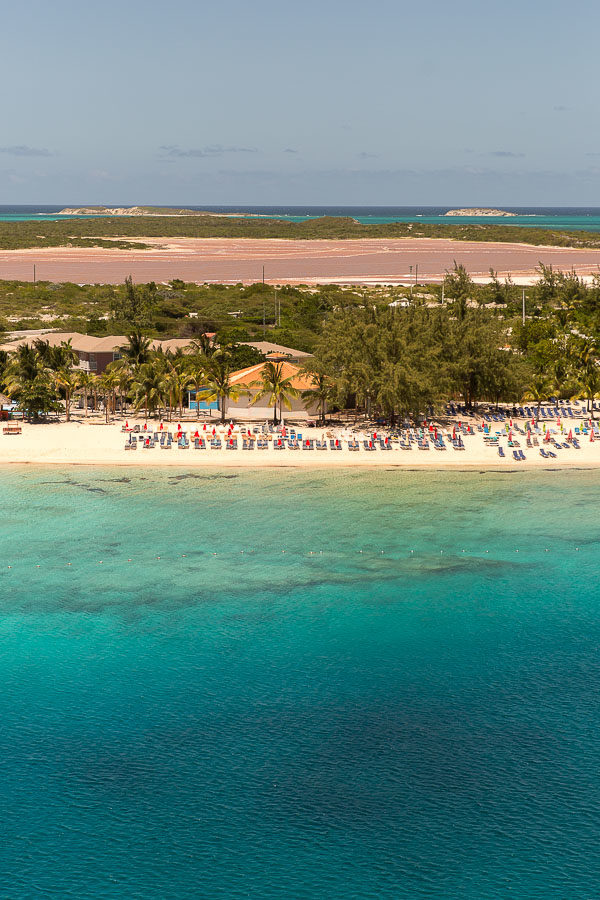 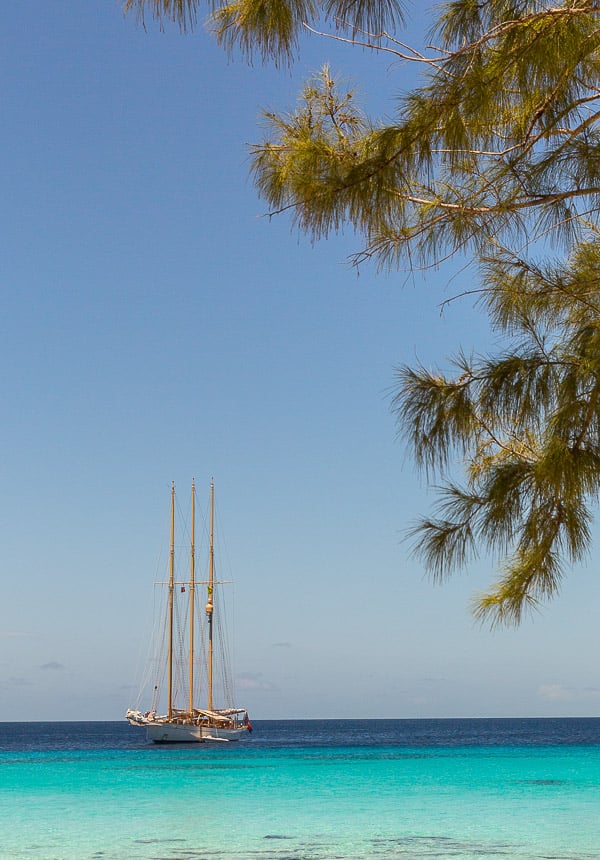 So fun! Definitely something Jeff and I will remember for a long, long time. Have you ever been to Turks and Caicos? I’m hoping to go back in the next year, so if you have any recs to check out for next time, let me know!

Update: Looking to explore another part of Turks and Caicos outside of Grand Turk? Check out my weeklong trip to Providenciales, Turks and Caicos with details on where I stayed, what I did, and what I would recommend to anyone visiting.

< previous postIn Your Dreams: A Clever DIY Headboard Idea that Will Only Take One Hour to Complete
next post >Taco Time: Pineapple Mango Chicken Tacos

[…] Grand Turk, Turks and Caicos: In May, we went on a cruise and visited several islands, one of which was Turks and Caicos. Grand Turk was a cruise stop that literally docks right there at the beach. But we jumped in a car and found an amazing remote beach that made us feel like we were the only ones around. […]

Totally Trippin': 12 Trips in 12 Months (Now Updated with All the Trips from the Entire Year) - Paper and Stitch

A Walk Down Memory Lane: The Most Loved Projects of 2017 (According To You) - Paper and Stitch

I’ll be going to T & C island next summer. I can’t wait to see the beautiful beach and turquoise water. I didn’t know there were restaurants and a store on the island.

Yes indeed, I thought I died and went to heaven when I first hit the beach on Provo of T&C islands. Stayed another week and purchased a canal home where I painted,photographed and swam with my shepherd Caicos for the following seven years. Befriended people from all over the world! Loved it and hope to return this winter to escape the chilling winter!

Hi Nicole. Yes, the water was extremely cal and crystal clear. We were there toward the end of May.

Is the water calm this time of year? When we went last Dec. the waves were very brutal and the water wasnt clear at all.

Thanks so much for the recommendations, Wiolka. Much appreciated.

Turks and Caicos is beautiful…you can visit turtle infirmary. …on one side of the island the beach water is always warmer than the other…The sand is white and clean as is the very clear clean water…small waves…7 Star Resort is the place to stay …beautiful grounds and buffet breakfast is included…to stay in that area car is not needed as you can walk to small downtown. ..grocery store and bunch of restaurants. .

It was definitely pretty close to perfect, Courtney. 🙂

I wish I was there right now, it sounds like the perfect summer getaway.
http://sugarcoatedbears.blogspot.com/

I love your blog, the post is so beautiful
The Pink Pineapple
New post:http://thepinkpineappleblog.blogspot.com/

You totally should go, Paige. I cannot wait to to back. It was so beautiful! Hard to capture in photos.

I’ve always wanted to go to Turks and Caicos! It looks amazing!

I wish I was there rn too, Michelle. 🙂

What a gorgeous place, I wish I was there right now!
https://www.makeandmess.com/